Home / About Normandy / Some Normandy landmarks / Town and city breaks

Renowned for its picturesque villages, medieval sites, beautiful beaches and lush countryside, Normandy is also home to some of France’s largest and most exciting cities! Visitors can experience a great city break in Rouen, Caen and Le Havre or enjoy in a weekend away in several other of Normandy’s vibrant towns.

One of Europe’s greatest cities! Rouen, stretching beside the River Seine, is our cultured, historic, gastronomic, vibrant capital. Monet’s canvases of the cathedral have made it the best-loved building in town, but many other glories stand out. Parks and gardens have recently been created along the south bank, whilst on the other side of the river, bars, restaurants and nightclubs line the quayside.

Best features: Its medieval heritage and its geographical position on the Seine

A word commonly banded about in Rouen is ‘TEOR’. Even if your French is good, you might be forgiven for not knowing it – it’s the local public transport network!

Find out more about Rouen

Soaring church towers have embellished Caen’s skyline since William the Conqueror’s time. The castle, now home to major museums, was a key medieval Norman fort. In World War II, D-Day operations kicked off just down the Orne river. Caen’s vast Mémorial de Caen museum is now dedicated to peace, while the Orne river is used by yachts heading for the central marina and lively city centre. Many bars and restaurants complete Caen’s offerings.

Best features: Situated in the heart of Normandy, yet close to the coast

One of many typical expressions you might hear in Caen is ‘on se retrouve à la carre des rues,’ which means ‘let’s meet up at the crossroads’.

Find out more about Caen

Le Havre is undoubtedly one of France’s most unique cities, and was recently crowned a hipster heaven by The Independent. Heavily destroyed during the Second World War, the city centre was rebuilt by visionary architect Auguste Perret, and is now UNESCO-listed. Don’t miss the great waterside modern art museum, the seaside pleasures of its marina and beach or Vincent Ganivet’s colourful Catène de Containers, which has been dubbed ‘Le Havre’s Eiffel Tower’.

Best features: Its beach just 500 yards from the city centre, and its unusual architecture

You might pick up a typical expression where you might hear a local say ‘c’est rien beau, dé!’ which means it’s REALLY nice. ‘Dé!’ is the wow factor!

Find out more about Le Havre

POPULATION OF THE GREATER CHERBOURG AREA: 180,000

Cherbourg-en-Cotentin, one of France’s great Channel ports, is closely linked to French naval history and to the transatlantic adventures. The Titanic even made its final stop here on its fateful journey, as recalled at the Cité de la Mer, one of the port’s main tourist attractions. Recently, the town’s busy quays have been refurbished and Cherbourg has become a popular port of call for cruise ships. Don’t miss the famous ‘Parapluies de Cherbourg’ umbrella factory.

FIND OUT MORE ABOUT cherbourg

Located halfway between Paris and the Norman coast, Evreux is the capital of the Eure département. The historic town centre is a lovely place to go for a stroll. Notre-Dame Cathedral is stunning, and the former Bishop’s Palace, which now houses the museum, is well worth a visit too. The main square that opens onto the town hall, the Italian-style theatre, the Maison des Arts and the promenade along the banks of the Iton river have all been recently renovated.

FIND OUT MORE ABOUT evreux

POPULATION OF THE GREATER Dieppe AREA: 82,000

Dieppe is a real gem of a town. With its heart nestled in between two cliffs, its historic castle overlooking the rooftops, its wide seafront lawns and its ever-changing skies and seascapes, it has long been a favourite for cross-Channel visitors. In Dieppe, there is always something going on, from the world-famous kite festival to Europe’s only Canadian film festival, not forgetting the yummy herring fair held in November. The town’s Saturday morning market was recently voted the second best in France!

FIND OUT MORE ABOUT dieppe

POPULATION OF THE GREATER AlenÇon AREA: 68,000

Alençon has long been celebrated for its lace- making traditions, which date back to the 17th century. The skill needed to make Alençon needlepoint lace has led to it receiving the rare honour of being listed by UNESCO as part of the World’s Intangible Cultural Heritage. With its numerous historical buildings, its laid-back atmosphere and its beautiful scenery, Alençon is well worth a visit!

FIND OUT MORE ABOUT alençon

POPULATION OF THE GREATER Saint-Lô AREA: 52,000

Home to one of Normandy’s best markets, an active music scene and two unconventional churches, Saint-Lô is a town which never fails to surprise. Dominated by its historic ramparts, the town centre is one of the most striking testimonies of the post-war reconstruction period. With good shops, quirky green beach and a Fine Arts Museum, Saint-Lô is a great town to visit just off the beaten track.

FIND OUT MORE ABOUT saint-lô 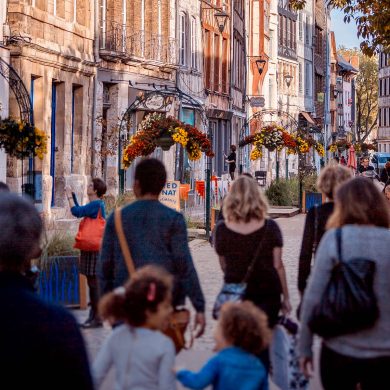 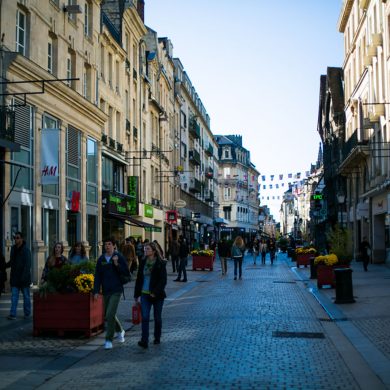 The most beautiful landscapes in Normandy

Discover the five départements that make up Normandy