COVID-19 information: latest updates and reopenings.
Home / Discover Normandy / History / D-Day and the Battle of Normandy / The first towns and cities to be liberated / Saint-Lô

Saint-Lô was at the heart of the American sector during the Battle of Normandy. The bombardments of 6 and 7 June were particularly intense and violent, and while the First Army approached it on 16 June, Cherbourg was given priority and forces diverted. By the time it was liberated on 18 July, nothing was left of Saint Lô. For a time, it earned the unhappy sobriquet, the ‘capital of ruins.’

Today, the town of Saint-Lô has been entirely reconstructed, and enjoys a new title, ‘capital of the horse’, thanks to its rich equestrian heritage and prestigious national stud, one of the largest in France. It is also home to two museums dedicated to the art and history of the local area.

THE BATTLE OF THE HEDGEROWS

The Battle of the Hedgerows that began on the night of D-Day for the paratroopers spread to every GI fated to engage in a battle that at times resembled the jungle warfare of the Pacific. The Cotentin peninsula is a dense patchwork of fields enclosed by deep ditches and prickly impenetrable hedges, a type of landscape known in French as bocage. The breakout began on 25 July with Operation Cobra. The Third Army was able to burst into Brittany and pursue the Germans south and west, towards Paris.

On the evening of 30 July, American troops liberated Avranches; on 1 August, Le Clerc’s French 2nd Armoured Division disembarked onto Utah Beach to join General Patton. The 3rd Army could tear into the rest of France, heading south. The Germans launched a counterattack at Mortain, bent on slicing through American lines. However, in the absence of the Luftwaffe, it was doomed to failure.

Saint-Lô has been entirely reconstructed following World War II, and now enjoys a rich equestrian heritage thanks to the Saint-Lô National Stud, one of the largest stud in France. The main stud buildings as they stand today were constructed in 1884 under the reign of Napoleon 1st. The only parts of the stud that survive from prior to this are the ‘rue du vieux haras’ street and the ‘Normandy’ building, which used to be an indoor riding school. The Saint-Lô National Stud currently keeps around 40 stallions and specialises in the Norman Cob and Selle français breeds. The stud is open to the general public and regularly runs guided tours and events such as the Normandy Horse Show, which takes place every August.

Also worth a visit is the Saint-Lô Art and History Museum, which showcases paintings and drawings by famous painters who visited or hailed from the area, such as Corot, Millet and Boudin. Particularly evocative is the scaled-down models of the town of Saint-Lô both before the war and after the reconstruction.

Anyone into farming or experience the rural customs of the Saint-Lô’s area is recommended to visit the Museum of the Norman Bocage, a 17th-century farmhouse housing a collection of more than 1,000 traditional objects and is dedicated to the agricultural and livestock farming practices in Normandy’s bocage landscapes. Typical farmyard scenes been recreated, such as the stables, barn, workshop and dairy. 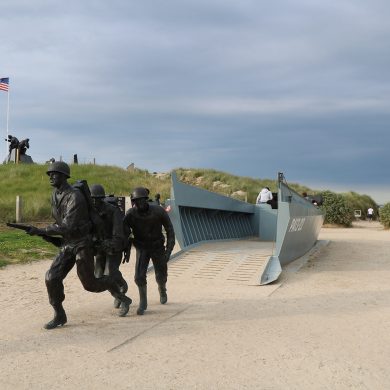 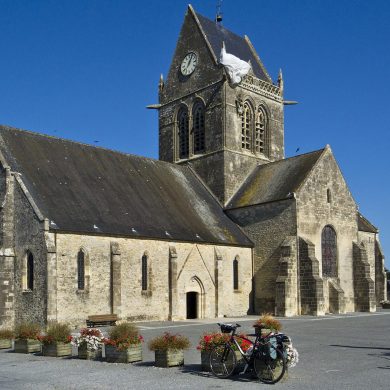