Home/ All the latest news from Normandy/ City break in Rouen

The vibrant city of Rouen is the perfect destination for a weekend away in Normandy. The city’s historical links to Joan of Arc, a peasant girl living in medieval France who became a military leader, martyr and saint draws in throngs of tourists from all over the world every year. We followed in her footsteps…

An afternoon stroll in Rouen

Rouen is an easy city break that’s convenient, pretty and welcoming in all weathers, making it a popular year-round destination. Wander the charming cobbled streets, look up and be awestruck by the colourful half-timbered medieval buildings that frame the streets, featuring a huge gilt Renaissance clock, the Rue du Gros Horloge, one of Normandy’s most iconic and characterful shopping streets.

The city is often described as ‘best explored on foot’ due to its high number of pedestrian-only areas and picturesque narrow cobbled streets, so it’s easy to walk from one neighbourhood to another when you’re in the centre. This medieval city is far from stuck in the past; there’s a dynamic and innovative feel to it, especially its restaurant scene.

The Rue Damette and the Rue Saint-Romain are full of interesting art, ceramic workshops and antique shops selling second-hand gems. You’re sure to find something unique to take home, whatever your budget. This neighbourhood is the perfect place to soak up the city’s atmosphere and culinary delights.

A journey back in time

There’s a reason why Rouen is a much-loved city and it’s not just because of its pretty architecture and shopping opportunities. The ancient city has a history that dates back to medieval times, making it an ideal spot for a cultural break, especially for history lovers. Marvel at its maze of charming, winding cobbled streets and beautiful historical buildings, some even bearing obvious signs of past conflicts like bullet holes from the Second World War in some walls.

On 30 May 1431, it was on the Place du Vieux- Marché that the French heroine, nicknamed the ‘Maid of Orléans’, was accused of witchcraft and heresy and burned at the stake by the English. The city was the theatre of her trial and martyrdom, and it was fascinating to explore the sites and monuments relating to the tragedy of this historical figure.

The Old Market Square is a unique and multicoloured display of traditional Norman architecture and timber-framed houses. We also decided to visit the city’s newest attraction, the Historial Jeanne d’Arc, an interactive museum which takes visitors back in time to witness her famous trial. At the end of the tour, don’t miss the breathtaking panoramic view of Rouen from the top of the tower.

A Celebration of Gothic architecture

After topping up our knowledge on the life of Joan of Arc, we headed off to visit the city’s most famous landmark, Notre-Dame Cathedral. The cathedral’s flamboyant facade is a showcase of Gothic architecture at its finest. Its impressive spire rises above the city skyline at 151m high. Dating back to 1876, this stunning cathedral is one of the most important religious sites in Normandy and is the tallest cathedral in France, playing an important role in the region’s history as it was where the Dukes of Normandy were traditionally crowned and buried. You’ll find some of their tombs still housed inside today, notably the tomb of Richard the Lionheart, former Duke of Normandy and King of England.

Whether you’re a fine art expect or simply enjoy marvelling at at exhibitions when you travel, Rouen’s Fine Arts Museum is sure to take your breath away. We particularly enjoyed discovering paintings by Caravage and 19th-century romantic paintings by Géricault, Delacroix and many other iconic artists.

All in all, Rouen is a city with a captivating past, brought to life by world-class sites and attractions. In just over an hour by train from Paris, you can step back in time and get hands on with history! Whether you’re visiting Rouen with the whole family or on a romantic city break, you’re bound to find plenty of unique and exciting things to do. 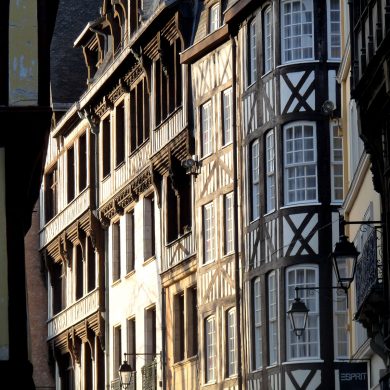 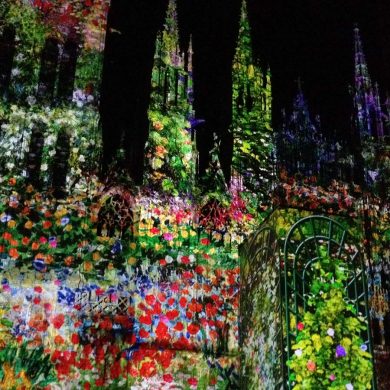