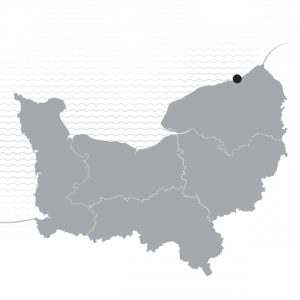 With its deep harbour protected by white cliffs, Dieppe has long been a favourite destination for cross-Channel visitors. As for daring Dieppe sailors, they explored the globe. Learn about the town’s history at Dieppe Castle, Cité de la Mer and theatre dedicated to the tragic Dieppe Raid of 1942. Head for the beach, quays and restaurants, and don’t miss the town’s famous Saturday morning market, voted ‘France’s Finest Market’ in 2020.

Located on the scenic Alabaster Coast, Dieppe has a long and fascinating history of seafaring, known to go back to the Vikings. The port’s name reflects the fact that it offers deep waters. Fishing was always a vital trade here, and from the 15th century, this included long-distance cod-fishing off Newfoundland – links between Dieppe and Canada down the centuries have been particularly strong. Many bold adventurers also set out from the port to explore and trade in Africa.

Early in the 19th century, Dieppe found a cheerful vocation as France’s first ever seaside resort. Following English fashions, Parisians took to holidaying by the sea at Dieppe, with the first purpose-built Etablissement des Bains (or sea-bathing establishment) in France set up here in 1822.

The resort became a magnet for the British too, including a bohemian artistic set who appreciated the more relaxed atmosphere this side of the Channel during the Belle Epoque. Artists from both sides of the Channel found inspiration here. Ferry links made Dieppe a much-appreciated first port of call for many British visitors.

During World War II, an Allied raid to test the strength of German defenses around Dieppe ended in tragedy. Today, along with its pebble beach, Dieppe attracts the crowds with its port, seafood restaurants and many historic and cultural attractions, the last aspects recognised in its official classification as a French Ville d’Art et d’Histoire. The ferry service from Newhaven still draws many British visitors to Dieppe.

A sky full of rainbow-coloured kites

Dieppe’s famous international kite festival, which is the biggest event of its kind in the world, takes place every other year. In September, every two years, hundreds of kites big and small will fill the air, making for a magical and unforgettable family experience. Held on Europe’s largest seafront lawns, this free event brings together over 1,000 professionals from five continents and half a million visitors.

Every year, visitors flock in their thousands to the Alabaster Coast, as this scenic part of Normandy is known, to sample the hareng (herring) and Saint-Jacques scallops, two products that the bustling port of Dieppe is famous for. Dieppe was historically a long major players in the herring trade and until the 1970’s, herring known here as the ‘king of fish’ was the driving force behind the local economy. Today these two local specialties are celebrated with the Herring and scallop festival !

Dieppe Castle: Standing atop the cliffs west of the harbour, looking down on the town, Dieppe Castle was largely built in the second half of the 15th century, after the English had been pushed out of France at the end of the Hundred Years’ War. The castle is now home to Dieppe Museum and is packed with collections recalling the great traditions of the port over the years, including trading in spices and importing ivory, the latter intricately carved by expert craftsmen in town. The importance of the port to the Impressionists and other artists is covered in a separate collection.

The beach and seafront: Dieppe has a long pebble beach stretching as far as the tall cliffs west of the harbour. Behind the beach, a broad expanse extending over a mile offers sports facilities, children’s play areas and lawns, which are Europe’s largest.

Church of Saint-Jacques: This grand medieval pilgrimage church is dedicated to St James of Compostela. It includes many magnificent Gothic features inside and out, including a fine rose window and a 130ft tower added in the 15th century.

Church ofSaint-Rémy: This major church was constructed in the 16th and 17th centuries, while its central spire dates from the 18th century. Inside, the fine wood panelling in the choir, the organ case and the Renaissance decoration in the treasury are all worth the visit.

Dieppe market: Recently voted France’s finest market, Dieppe’s Saturday morning market is a must-see! Full of flavours, scents and colours, it is packed with regional produce and stretches over 2km.

Les Tourelles Gate: This is the only surviving gate from the medieval town ramparts. It was used as a prison during the French Revolution, and is now a private residence.

La Place du Puits Salé: This square with its well stands out in the heart of the old town. Its name, meaning ‘Square of the Salted Well’, indicates how, in olden days, as the tide rose, sea water mixed with the well’s water. On the Square, the Café des Tribunaux, occupying an 18th-century Norman building, has historic links to many famous visitors to Dieppe.

The port: Dieppe harbour, with its fishing port and marina, lies in the very heart of town. Trawlers and other fishing boats provide a colourful spectacle that still attracts numerous painters. Countless restaurants line up behind the quays.

Dieppe Mémorial 19 août 1942: A former Dieppe theatre transformed into a museum dedicated to the doomed Dieppe Raid of August 1942, when a joint British-Canadian attack on the German-defended coast here ended in catastrophe for the Allies. Learn about the plan, code-named Operation Jubilee, and how lessons were learnt from its failure for the preparation of D-Day and Operation Overlord in Normandy two years later.

The Pollet neighbourhood: Located on the eastern side of the harbour, this was the traditional fishermen’s quarter of town and it preserves many fishermen’s homes built in typical bands of flint and stone.

Chapel of Notre-Dame de Bonsecours: Perched above the eastern side of the harbour, this prominent 19th-century chapel was built for mariners and holds many touching ex votos left by sailors giving thanks for returning home safely from difficult times at sea.

Sailing and boating: Dieppe offers plenty of sailing and other water sports. Several Dieppe boats offer outings on the sea. Check out the possibilities via the Dieppe Tourist Office.

Golf de Dieppe-Pourville: Set beside the dramatic cliffs between Dieppe and the neighbouring resort of Pourville to the west, this golf course was founded late in the 19th century and affords fabulous sea views. It was originally designed by specialist architect Willie Park Junior, attached to the Royal and Ancient in St Andrews, Scotland.

Château de Miromesnil: Birthplace of the writer Guy de Maupassant, whose stories of life and characters in 19th-century Normandy are classics.

A 15-minute drive from Dieppe is Varengeville-sur-Mer, undoubtedly one of the most beautiful viewpoints on the Alabaster Coast. The church and its seaside cemetery superbly dominate the coast.

The Parc du Bois des Moutiers is one of the most visited gardens in France. It houses an impressive collection of giant rhododendrons (temporarily closed). The Shamrock Garden is home to the largest collection of hydrangeas in the world.

Plan your trip to Dieppe 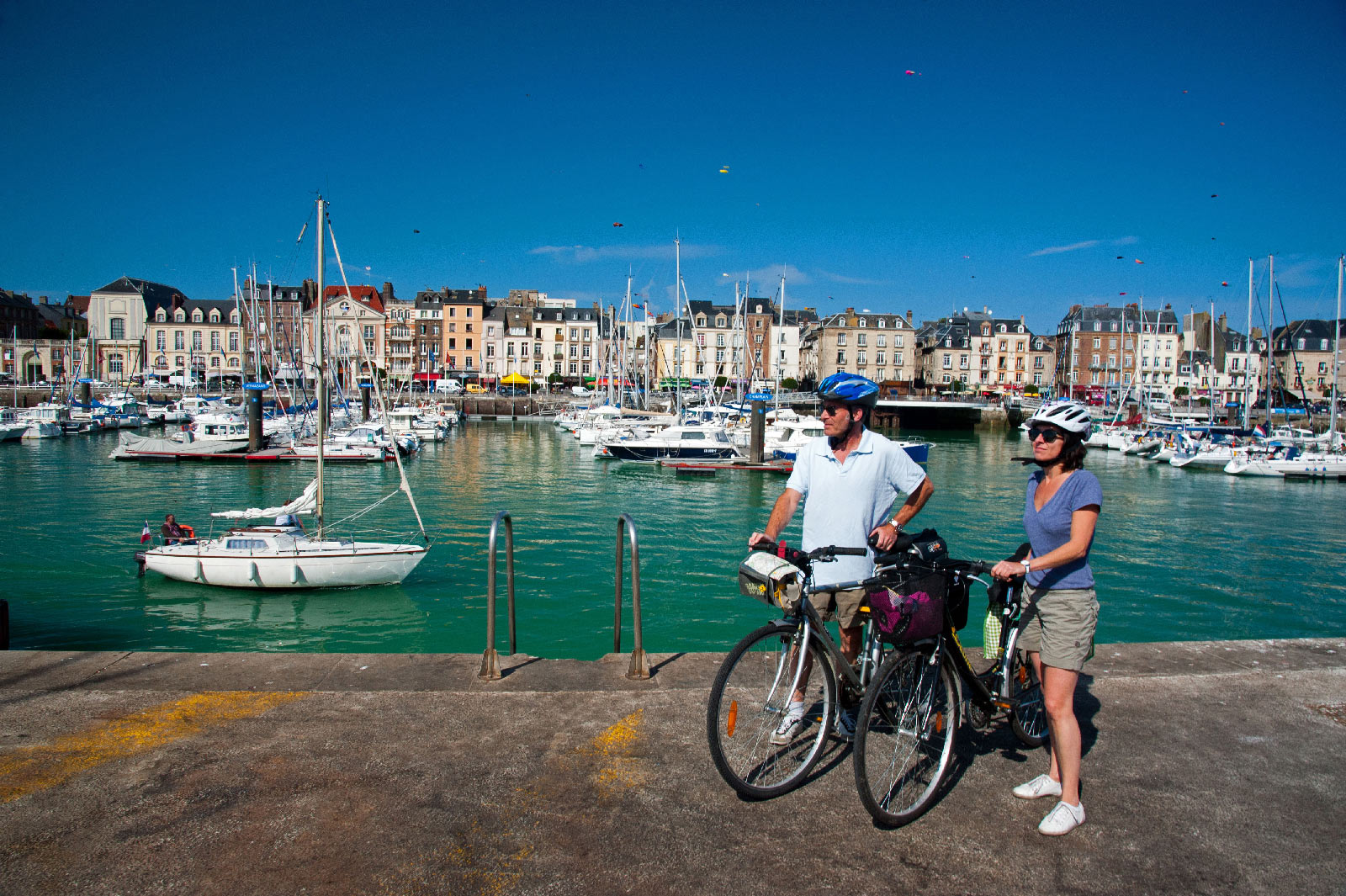 Sports and leisure activities in Dieppe

Places to visit in Dieppe 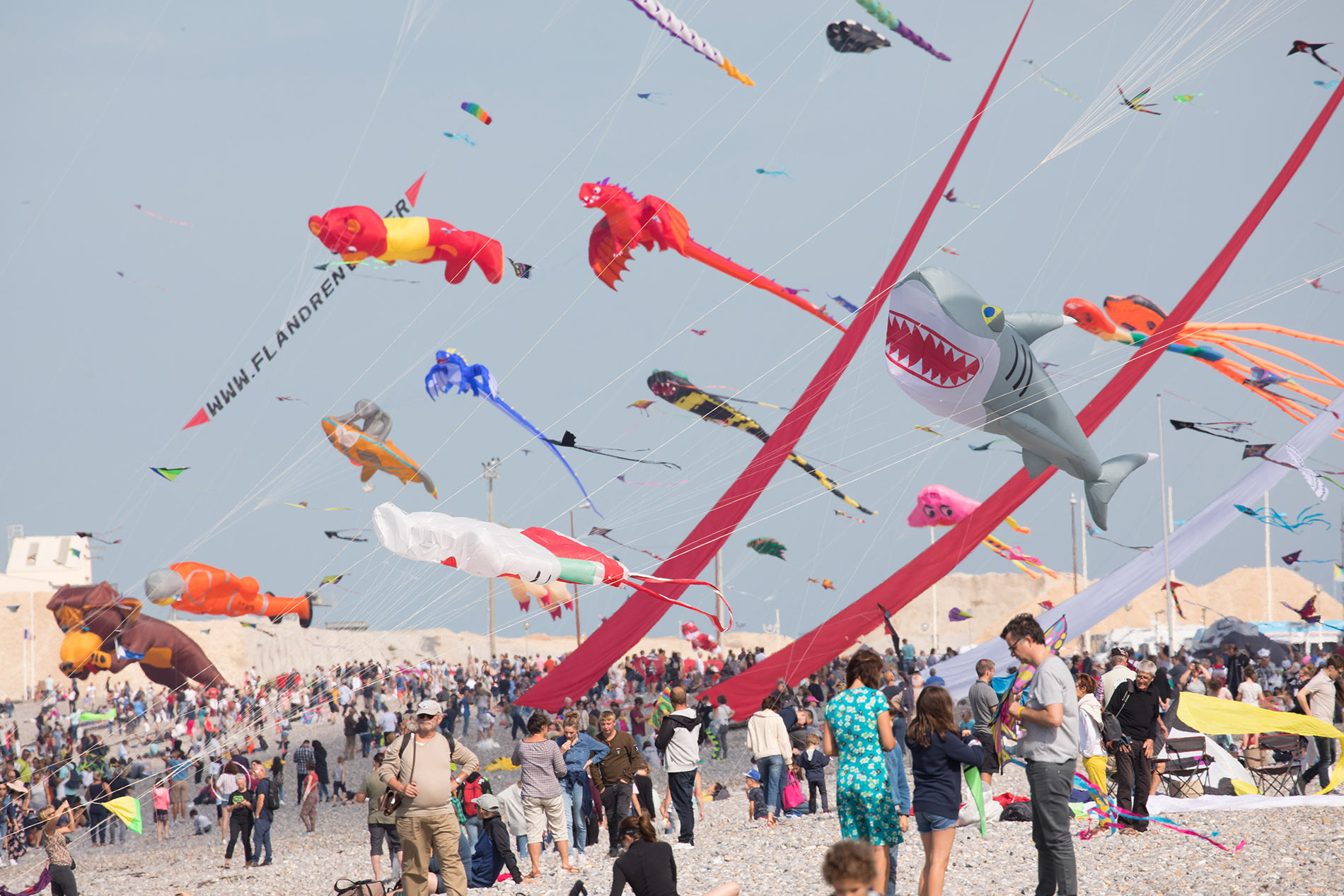 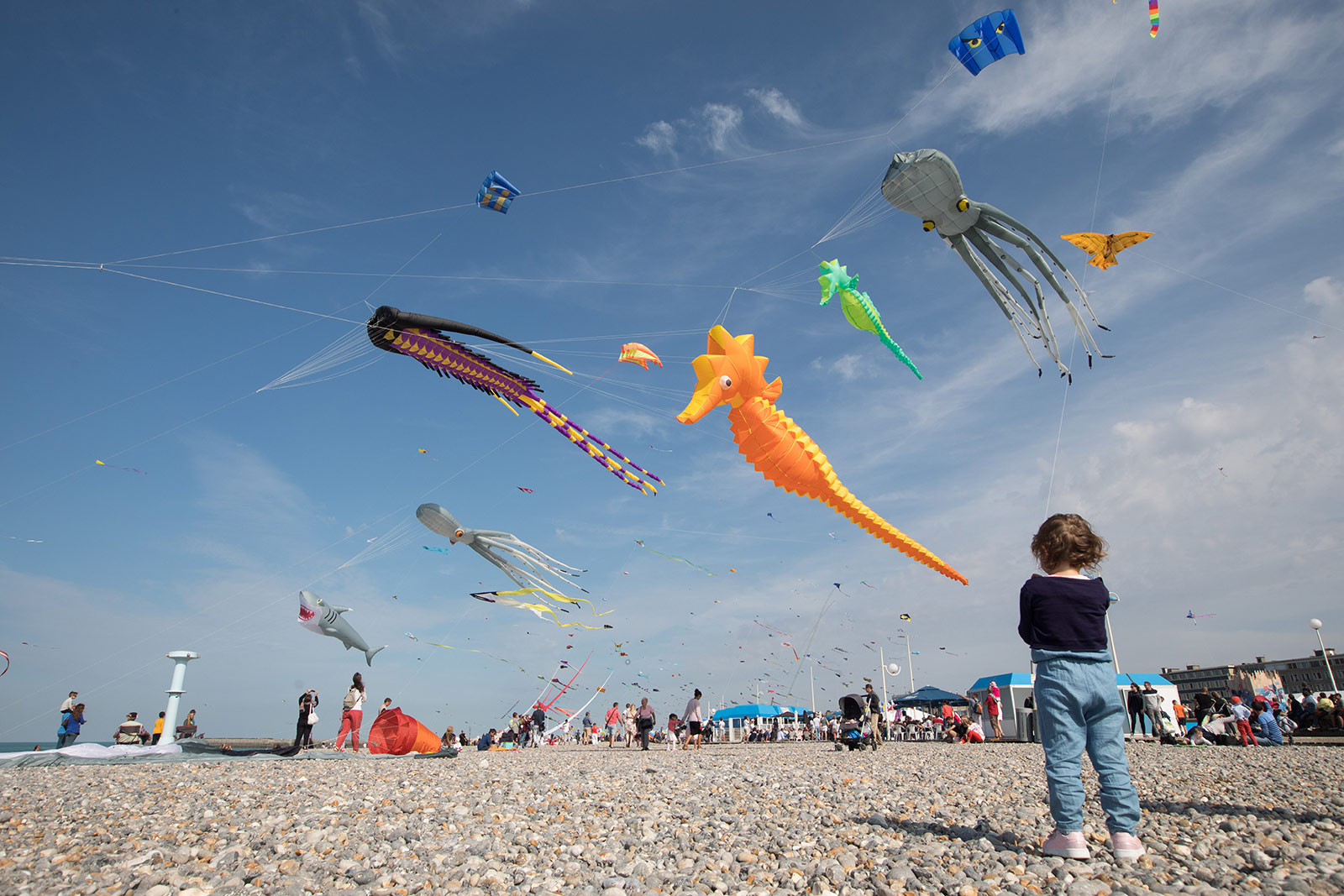 Self-Catering Cottages and Apartments in Dieppe 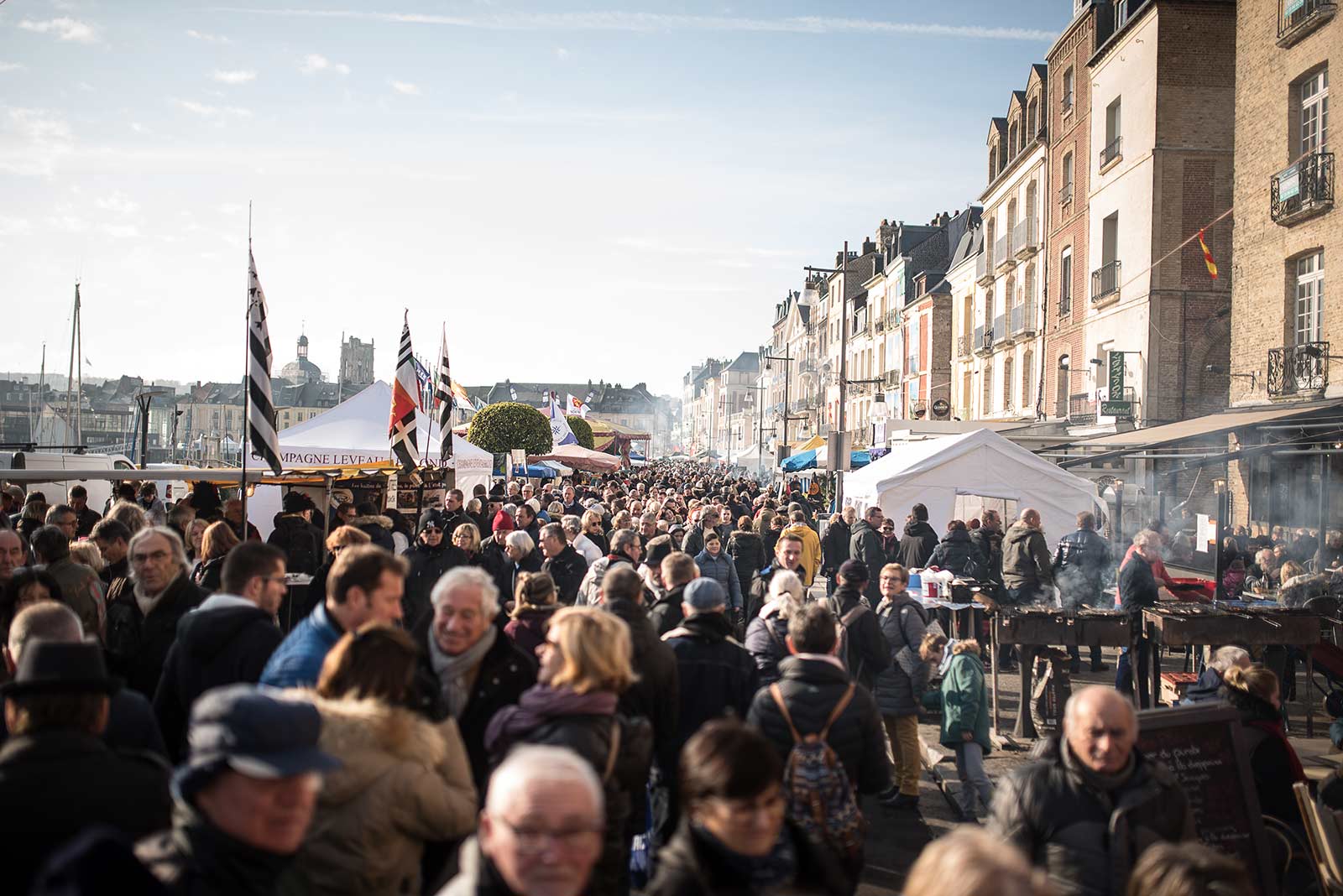