When it comes to food, Normandy is a bit of an expert. Hence, it didn’t really come as a surprise to hear that one of our bakeries has just been crowned best in France! Located just outside Rouen, Aux Délices Normands sells bread and patisseries which taste as delicious as the name of the bakery suggests!

Officially the best bread in France

Whoever thinks of France automatically thinks baguettes and croissants, right? We are indeed fortunate enough to have some of the best bread in the world, especially here in Normandy, where baked goods are a way of life. You’ll find a boulangerie in every village, and one of them has just been crowned best in the whole country! Each and every year, millions of viewers tune in to watch French TV show La Meilleure Boulangerie de France, which translates as France’s Best Bakery. Over 130 independent, family-run and community bakeries compete in a series of baking challenges that put their talents to the test. During these various challenges and bake-offs, they need to showcase their skills, regional delicacies and imaginative baking.

After no less than 70 episodes and an intense grand finale, a Normandy bakery was officially crowned best in the whole country by a jury of experts on 23 April. Located in the heart of the small town of Franqueville-Saint-Pierre, just a few miles east of Rouen, Aux Délices Normands is a traditional French bakery and patisserie where you can purchase everything from mouth-watering bread to imaginative cakes, not forgetting scrumptious viennoiseries (croissants, pains au chocolat…). Master baker Romuald Meunier had already won several prizes and received various awards for his work before deciding to compete in the show’s newest season. With the help of his teammate and employee Lise Rault, he made his way to the top and impressed the jury right until the very end with his innovative recipes and techniques.

If, you too, want a taste of Romuald’s gorgeous bread and yummy cakes, you’ll find the boulangerie at this address: 392 Rue de la République, 76520 Franqueville-Saint-Pierre. The town is easily accessible from the A28 motorway and is only a fifteen-minute drive from Rouen city centre. Although 20 people work at the bakery, best is to arrive early, especially now that it’s been named best in France!

France at its best

This isn’t the first time Normandy has finished first in a national competition. In fact, several of our sites and events have won various titles over the past few years:

In 2020, Dieppe’s famous Saturday-morning market was officially crowned France’s Finest Market. Over a million people took part in an online vote, and Dieppe won by a landslide. Full of flavours, scents and colours, this amazing market is packed with regional produce and stretches over 2km.

In November 2019, the GR21 hiking trail was voted the nation’s favourite walk. Among the nominees were eight of France’s most-loved hiking routes frequented by thousands of walkers all year round. Stretching along the scenic Alabaster Coast, the GR21 came top of the list with 31% of the votes.

Also in 2019, Saint-Vaast-la-Hougue was crowned France’s Favourite Village. Each year, viewers of the Village Préféré des Français TV programme are asked to vote for their favourite French village out of a selection of 14 contenders. Saint-Vaast-la-Hougue proudly represented Normandy in 2019 and won the title! With its narrow streets, great restaurants and shops, relaxed atmosphere, UNESCO-listed Vauban towers and very own Tatihou Island, Saint-Vaast-la-Hougue is a seaside village unlike any other.

And let’s not forget that Miss France 2021 is Amandine Petit…Miss Normandy! 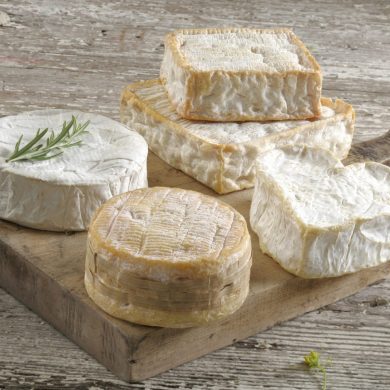 A weekend on the Normandy Cheese Route

Food and markets in Normandy