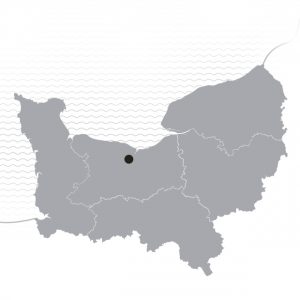 Ideally located in the middle of Normandy, just 15 minutes from the cross-Channel ferry port of Ouistreham and two hours from Paris, the city of Caen – once home to William the Conqueror – is a lively and fascinating destination.

Mémorial de Caen: No trip to the D-Day Landing Beaches is complete without a visit to the Mémorial de Caen; just be sure to designate a full afternoon to it. This vast museum focuses both on the history and repercussions of war in the 20th century, as well as post-war peace keeping. Inaugurated in 1988, the museum stands on the very soil where some of the fighting for Caen took place in 1944, and perhaps understandably its D-Day exhibit is particularly fascinating, using a large split screen to depict the D-Day Landings simultaneously from Allied and German viewpoints.

Vaugueux neighbourhood: With its Caen-stone houses dating back to the Middle Ages, this neighbourhood is probably one of the most popular, best-known parts of Caen. It is also a trendy nightspot whose many restaurants and bars come to life in the evenings along the main street (rue du Vaugueux) and old town square. Edith Piaf herself used to come here to see her grandparents, who ran a café in the neighbourhood!

The marina: Just around the corner from one of the liveliest, best-restored corners of the old city centre, this scenic marina full of yachts and surrounded by smart modern apartment blocks may come as a pleasant surprise to anyone unfamiliar with Caen, and is a great place for a stroll.

Jardin des Plantes: Caen prides itself on being a green city and this botanical garden is one of the many reasons why. Thanks to Gallard de la Ducquerie, a professor at Caen’s Faculty of Medicine, who acquired the land in 1689 and filled it with rare plants, the garden is now home to over 2,000 different species.

Women’s Abbey: This abbey was built for Queen Matilda on a similarly grand scale to the Men’s Abbey between 1060 and 1080. The 11th-century Church of the Holy Trinity is a fine example of Norman architecture and houses the tomb of Queen Matilda, wife of William the Conqueror. The superb crypt, with its barrel vaults supported by 16 close-ranked columns, is remarkable, as are the 18th-century convent and French-style garden.

Men’s Abbey: William the Conqueror, to regain the favour of the Pope, who disapproved of his marriage to his distant cousin, Matilda Princess of Flanders, ordered the construction of the Men’s Abbey in 1066. Construction began in the Norman style but the abbey was completed in gothic style in the 13th century, and houses William’s tomb. The abbey is an architectural masterpiece, its elegant lines mixing the simplicity of Norman architecture with gothic intricacy. The large monastic buildings later attached to the abbey now house Caen Town Hall.

Caen Castle: One of the largest walled fortifications in Europe, this castle was built for William the Conqueror, who made Caen into a great centre of power in Normandy. Damaged during the bombings of 1944, the castle has since been restored and its extensive walls and towers make for an impressive sight. Within the ramparts, explore the castle’s two museums, the Musée des Beaux-Arts (Fine Arts Museum) and the Musée de Normandie (which explores the region’s history and ethnography). Also worth a visit at Caen Castle are the Salle de l’Échiquier (Treasury Chamber) and Church of Saint-Georges.

Places to visit in Caen 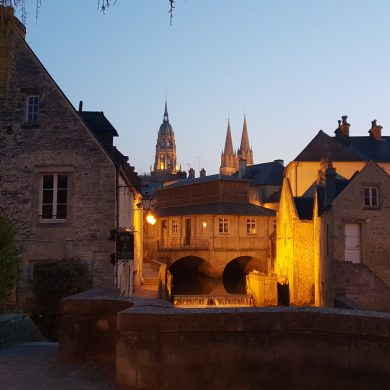 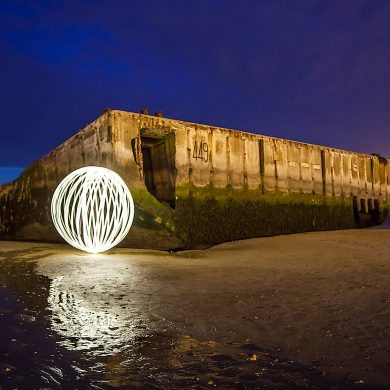 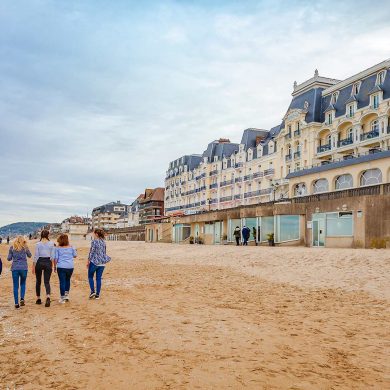