Home/ All the latest news from Normandy/ Top markets in Normandy

To experience France at its most authentic, look no further than the local market, the earlier the better, whatever the day. Once, sometimes twice a week. Meet the people, try out your French, purchase fresh local produce or get a buzz from just browsing! Every town and village will have a website with information on when and where markets are held. Below is a selection of our favourites.

There are two markets held in Caen. The larger of the two is on Sunday mornings along the marina and the smaller is on Friday mornings on the Place Saint-Sauveur, which makes for an exquisite 18-century setting for your shopping!

The fish market is held every day along the quayside, with fish so fresh they might wriggle in your bag! There is also the regular market, which takes place all year round on Tuesday and Friday mornings, and in July and August on Saturday evenings from 6:30pm and Sunday mornings as well. A new covered market opens in Courseulles-sur-Mer this year.

This traditional country market has been going since William the Conqueror’s time, and is held in and around a Norman tithe barn said to be the largest in France, the oak beams held together by 290,000 chestnut pegs. This is an incredible market both for its produce and for its impressive historic surroundings.

If you’re looking for some ultra fresh fish, come and buy it direct from the fishermen themselves, at Trouville-sur-Mer’s famous fish market, which is open every day. Or why settle down outside one of the stalls to tuck into a seafood platter fresh off the fishing boats that day, washed down with a glass of crisp white wine?

The medieval city of Bayeux is the perfect backdrop to its markets held in the pedestrianised Rue Saint Jean on Wednesdays, and up on the Place Saint Patrice (where it’s been held since Roman times) on Saturdays. Also, in the summer there’s a Norman arts and crafts and local foods market on Thursday evenings in front of the town hall.

The weekly market here is held every Monday morning on the Place Foch all year round. In July and August, this is supplemented by the traditional country market on Sundays.

The main market is held here every Wednesday on the Place Delaporte, with over 200 stalls and over 15,000 visitors.

There are loads of different markets in Cherbourg, most most taking place on Thursdays and Sundays on the Place de Gaulle, Place Centrale and in front of the main post office) and on Sundays on the Avenue de Normandie. There’s also a flea market on the first Saturday of each month around the Basilica of Sainte-Trinité. In the summer, there’s a Thursday evening arts and crafts market which attracts local artisans, farmers and producers.

If you’re going to, or coming from, the Channel Islands, Thursday morning is a good time to be in Barneville-Carteret. In the summer, the ‘Cotentin tourist train’ can take you there. The summer market sets up on Saturday mornings, and is one of the prettiest markets in the Cotentin, while on Sunday mornings in July and August there’s a market on the beach. The town also organises evening markets and entertainment.

A traditional market is held every Monday morning in the Great Hall. Neufchâtel cheese is held in high regard here so don’t miss it!

Rouen has over a dozen markets. The most famous one is the Saint-Marc market, which is held on Tuesdays, Fridays, Saturdays and Sundays. The largest market is on Sundays, and features local produce and a huge range of non-food items – books, furniture, clothes and cutlery – sought after by bargain hunters.

Held on Sunday mornings, this medieval town and Honfleur’s lesser-known little sister was famously besieged by Henry V in 1415. The backdrop of this former medieval port adds to the interest of this market.

Visit the markets in Caudebec-en-Caux (Saturdays), Duclair (Tuesdays) and Saint-Martin-de-Boscherville, renowned for their fresh fruit and vegetables from the Seine Valley.

Sometimes called the ‘Norman Venice’, the market here is held on Monday and Friday mornings and is a great place for local produce. About 70 stalls sell clothing and non-food items on Mondays, while on Fridays, it is fresh farm produce only.

A traditional market held every Wednesday in Le Neubourg. Towards the end of the year there are also foie gras markets to look out for.

About 200 stalls fill the central part of Dieppe every Saturday morning. Food producers come from far and wide, the Pays de Bray, the Pays de Caux and neighbouring Picardy. It is reckoned to be one of the finest – certainly the biggest – market in the region and the abundance of fresh fruit, vegetables, seafood, herbs, cheeses and the like has to be seen to be believed. There are also non-food items like clothing, haberdashery and homemade soaps. In 2020, it was voted the first-best market in France! There is also a dedicated fish and sea food market every day right opposite the marina on the Quai Henri IV, all caught fresh that day, as well as evening markets.

On the first Sunday of each month you can purchase fresh farm produce, and notably apples from January to April.

Organised by the Chambre de l’Agriculture in partnership with the Grand Domaine Bagnoles-de-l’Orne, this market is held in a covered market on Thursdays from June to September. There is also a regular market on Tuesdays and Saturdays in the Place du Marché and on Wednesdays and Fridays by the chateau.

The main market of L’Aigle, a small town in the heart of the Orne département, is held every Tuesday morning.

The market in the Place de la Magdeleine, next to the Church of Notre-Dame, is the biggest in the town and takes place on Thursday and Saturday mornings. 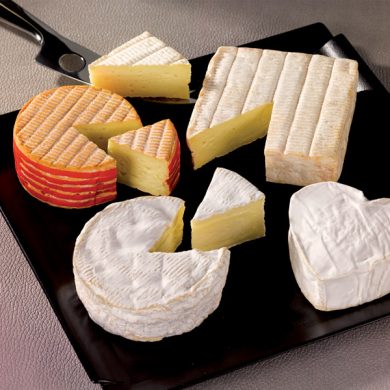