The Granville Carnival has been held every February for almost 150 years and is the biggest event of its kind in western France. Enjoy satirical float parades, fanfares, dancing, confetti fights and more, as the seaside town of Granville goes crazy for carnival for five days!

The Granville Carnival started 146 years ago when the fishermen of Granville set out for the Grand Banks fisheries off Newfoundland. The time they were due to set out coincided with Mardi Gras and, as crossing the North Atlantic was fraught with danger and difficulty, the fishermen decided to have a massive party before braving the storms. Ever since that first party, the people of Granville have upheld this historic tradition and hold a satirical and humorous winter celebration every February in the spirit of good fun! Such is the scale of this event that in 2016, UNESCO inscribed the Granville Carnival on its ‘Intangible Cultural Heritage’ list of ‘Intangible Cultural Heritage of Humanity’.

A grand parade of forty satirical floats, 3,000 participants, over 150,000 visitors and zillions of confetti flakes hit the streets of Granville during the carnival. Concerts and fanfares, a children’s ball, a great lit-up procession, old-fashioned balls for Grandma and Grandpa, and dances for the young and young-at-heart! On the last day of the carnival, floats carry an effigy of the ‘Bonhomme Carnaval’ (Carnival Gentleman) to be judged and, as ever, condemned to the bonfire! That’s when the confetti fight breaks out in the crowd, and the carnival ends with an evening of intrigue in the streets, and a slap-up meal in one of the many bars and restaurants that can be found in town. What a party! 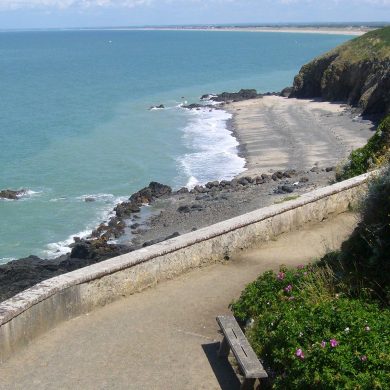 Family walks in and around Granville

Back to nature in the Bay of the Mont-Saint-Michel