Stretching from Sainte-Marie-du-Mont to Quinéville, the Utah sector was to be key to the strategy of capturing the port of Cherbourg as soon as possible. The Utah Beach D-Day Museum, built on the spot where the landings took place on 6 June, takes you through events in chronological order, a particular highlight being the B-26 bomber ‘Dinah Mite.’  ‘Utah’ and ‘Omaha’ were the code names for the two American landing beaches allocated by General Bradley in the planning stage.

SAINTE-MERE-EGLISE liberated BY 4am

The first phase of Operation Overlord consisted of a massive night-time aerial bombardment beyond the landing area which served in part to distract the Germans and upset communications. Meanwhile, landings by paratroops on the flanks of the future seaborne assault area were being carried out from shortly after midnight: British and Canadians (6th Airborne) to the east (left) flank to secure high ground east of Sword Beach, and key bridges, Americans (82nd and 101st Airborne) to the west (right) to secure Sainte-Mère-Eglise on the Cherbourg road, and key bridges west of the village. Sainte-Mère-Eglise was liberated by 4am. A naval bombardment against the coastal batteries followed, shifting from the beach assault areas just five minutes before touchdown. H-Hour began at 6:30am for seaborne troops.

Difficult to image the size of the largest sea armada that was ever assembled in history. Operation Neptune consisted of over 1,200 warships, 4,000 landing craft and nearly 1,000 merchant ships. 12,000 aircraft protected them as they made their stealthy approach across the English Channel. When the naval bombardment began, around 5am, the Germans lurking in their bunkers were taken completely by surprise.

Things to see and do in the American Utah sECTOR 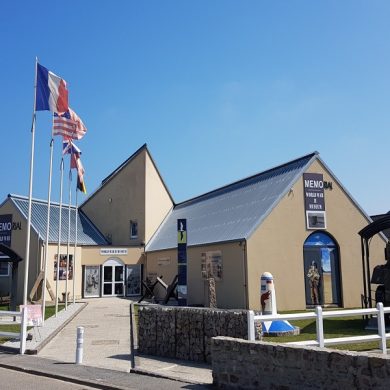 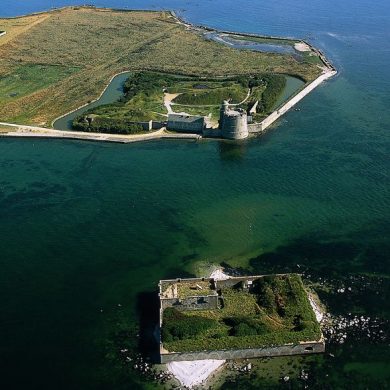 Museum of the Landings 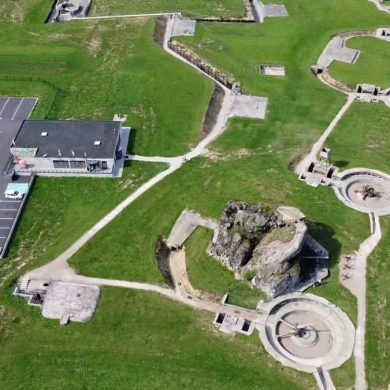 Museum of the Crisbecq Battery