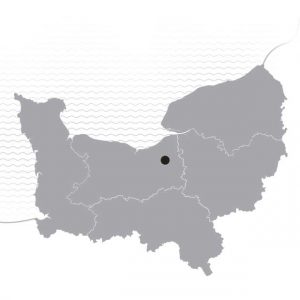 The religious city of Lisieux draws vast numbers of Catholic visitors. In fact, it is considered the second most important pilgrimage site in France, thanks to its 19th-century saint, Thérèse Martin. Thérèse’s popularity also explains Lisieux’s extravagant 20th-century hillside basilica, which outdoes its medieval cathedral and is often compared to the basilica of Sacré-Cœur de Montmartre in Paris.

For Catholics, Lisieux is synonymous with the young Thérèse Martin, a model of 19th-century piety. However, Lisieux has a much longer history, going back to Roman times. Then, with the establishment of the duchy of Normandy in medieval times, it became the seat of a bishop’s palace, with a cathedral. The bishop-counts of Lisieux were forceful figures in Norman events. In town, the neighbourhood around the cathedral known as the Quartier Canonial has retained a number of impressive buildings once associated with the important religious administration based here, run in part by canons. Religion has long been a powerful force in Lisieux.

The Second most important pilgrimage site in france

Tragically, a major part of the historic town was destroyed in World War II bombings. However, many of the places associated with the greatest figure of 19th-century Lisieux, Thérèse Martin, survived. Born in Alençon in the south of Normandy, Thérèse moved with her family to Lisieux when she was four. Following the example of her older sisters, she became fascinated with religious life from an early age. She joined the Carmelite nunnery in Lisieux at the exceptionally tender age of 15, by special dispensation. Not just because of her exemplary pious life, but also because of her clear writings on faith, she became one of the best-loved Catholic figures of her century. She died young, having achieved a great deal. In the 1920s, she was made a saint, as Sainte-Thérèse de l’Enfant Jésus. In 1997, Pope John Paul II declared her just the 33rd Doctor of the Catholic Church because of her spiritual writings – at the time, she was the only woman to be given this exceptional title. Some 700,000 pilgrims visit Lisieux every year, making it the second most important pilgrimage site in France.

Follow in the footsteps of Sainte-Thérèse. Born in Alençon on 2nd January 1873, Thérèse lived in Les Buissonnets when her mother died. This house – where she lived from the age of four to the age of 15 (the age at which she entered the convent) – holds the memories of Thérèse’s childhood. The Carmelite Chapel houses the Shrine of the Saint and the Hall of Relics contains souvenirs relating to Thérèse’s daily life. The Diorama of Sainte-Thérèse’s retraces, through a gallery of wax figures, the main stages of Therese’s life.

Basilica of Sainte-Thérèse: The largest church built in France in the 20th century, this enormous 93m-high domed edifice stands out on the hillside above Lisieux. The interiors, visited by hundreds of thousands of pilgrims every year, are dazzlingly ornate, decorated in neo-Byzantine style. An exhibition presents Sainte-Thérèse’s life and the Carmelite Order.

Just like Pope Jean-Paul II, who made a pilgrimage to Lisieux on 2 June 1980, follow in the footsteps of Sainte-Thérèse of Lisieux and of her parents Louis and Zélie Martin, canonised in 2015. The ‘In the footsteps of Saint Thérèse’ walking trail, marked on the ground with a blue line, invites you to discover the main places associated with the saint.

Cathedralof Saint-Pierre: Down in the town centre of Lisieux, this cathedral was built in the 12th and 13th centuries in early Gothic style. It holds the tomb of Bishop Cauchon, who tried Joan of Arc. Thérèse Martin went to Mass in this cathedral.

Maison des Buissonnets: This was the pretty townhouse where the Martin family moved from Alençon when Thérèse Martin was four. She lived here until she was 15 years old and entered Lisieux’s Carmelite Monastery. Walking around the rooms, you get a good idea of her early life and devotion.

Musée d’Art et d’Histoire: This art and history museum occupies one of the finest timber-framed houses left in the town centre, and displays fascinating objects reflecting the history, popular art and traditions of Lisieux and the surrounding Pays d’Auge area.

Church of Saint-Jacques: This church holds exhibitions in the summer.

Hôtel du Haut Doyenné: This fine 18th-century stone and brick building was the former residence of the Haut Doyen, the second most important religious figure in Lisieux after the bishop.

Château de Saint-Germain-de-Livet: just south of Lisieux, this chateau, known as the ‘wonder of the Pays d’Auge’, is now owned by the town of Lisieux. Situated at the bottom of a valley, it is a 16th-century architectural gem, with its coloured, patterned stones and green-varnished bricks. The interiors are embellished with 16th-century frescoes and 18th- and 19th-century furniture. Numerous drawings and paintings are on show from the Riesener Collection, one of whose representatives was a cousin of Delacroix.

Cerza Safari Park(in Hermival-les-Vaux): This safari park is home to 500 wild animals across an area of 123 acres. A safari train takes visitors on tours, and at certain times of the year, visitors can even reserve one of the safari lodges and stay the night in the park! 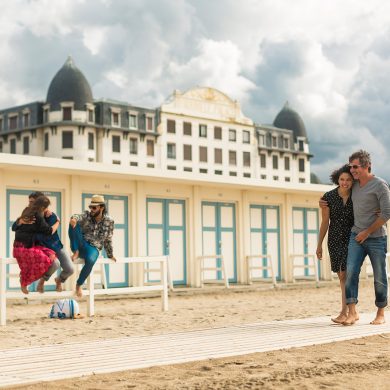 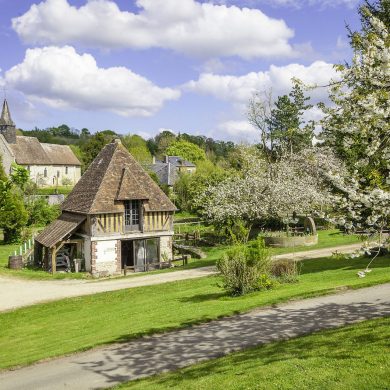 Plan your trip to Lisieux 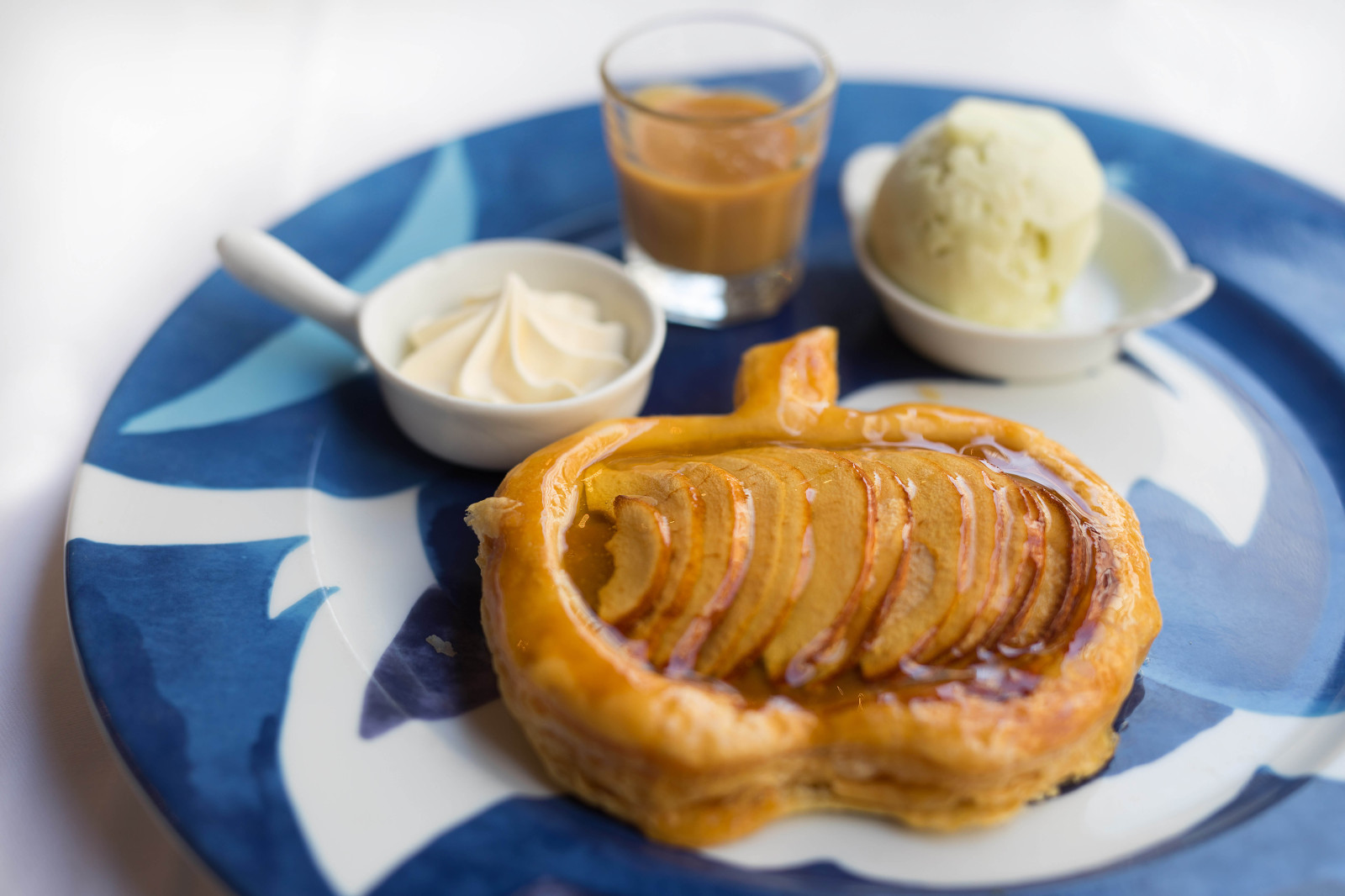 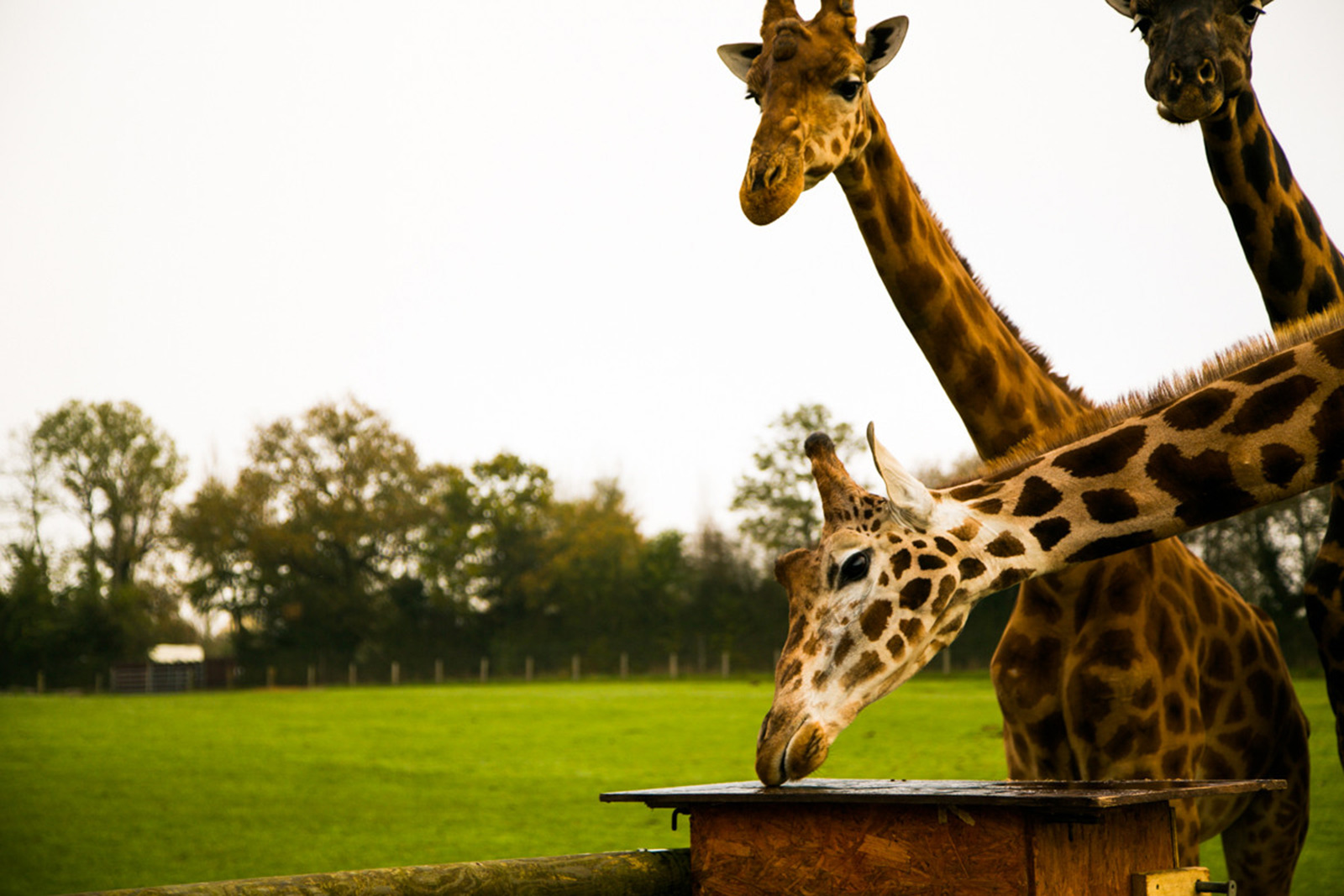 Sports and leisure activities in Lisieux 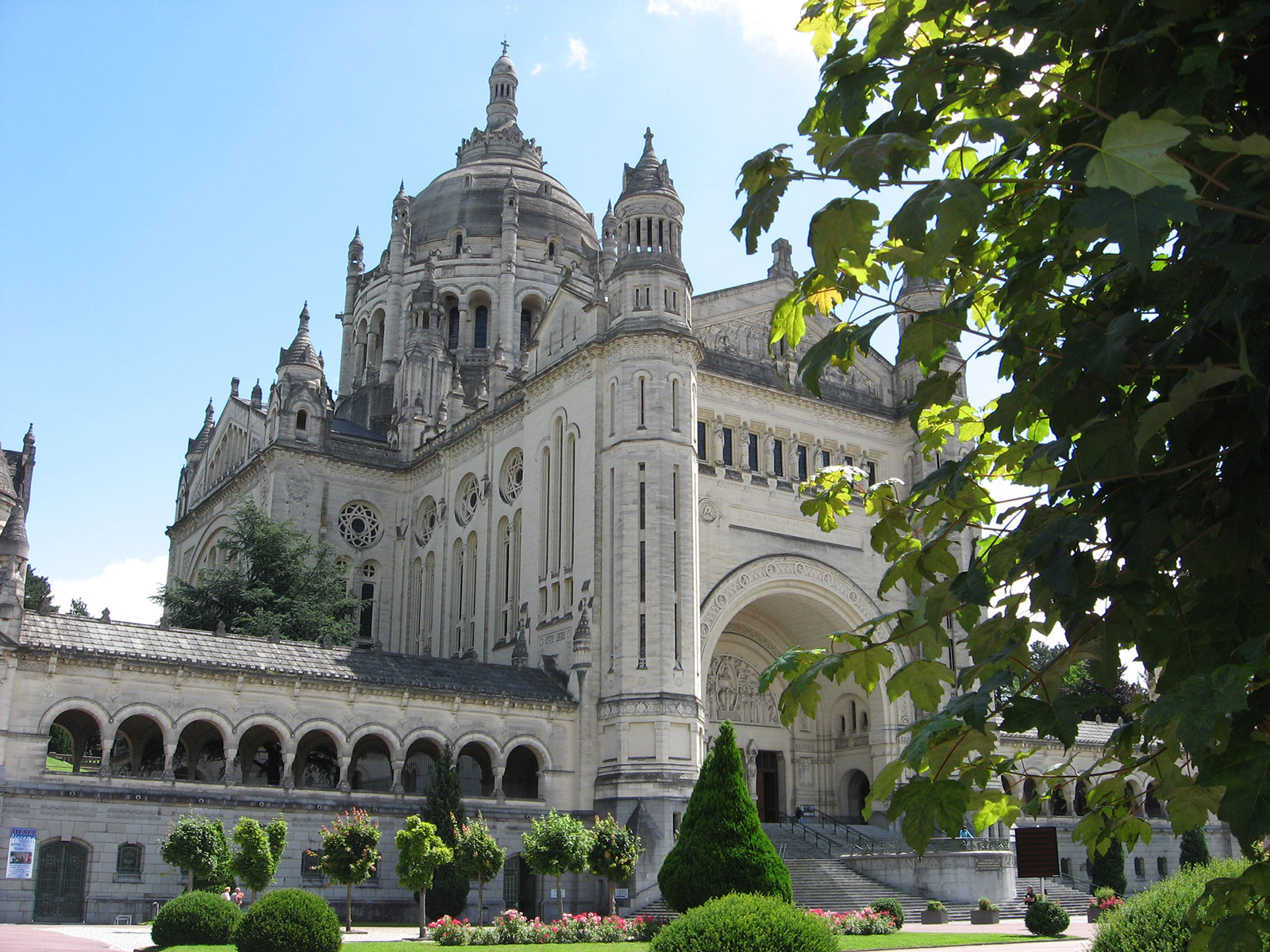 Places to visit in Lisieux 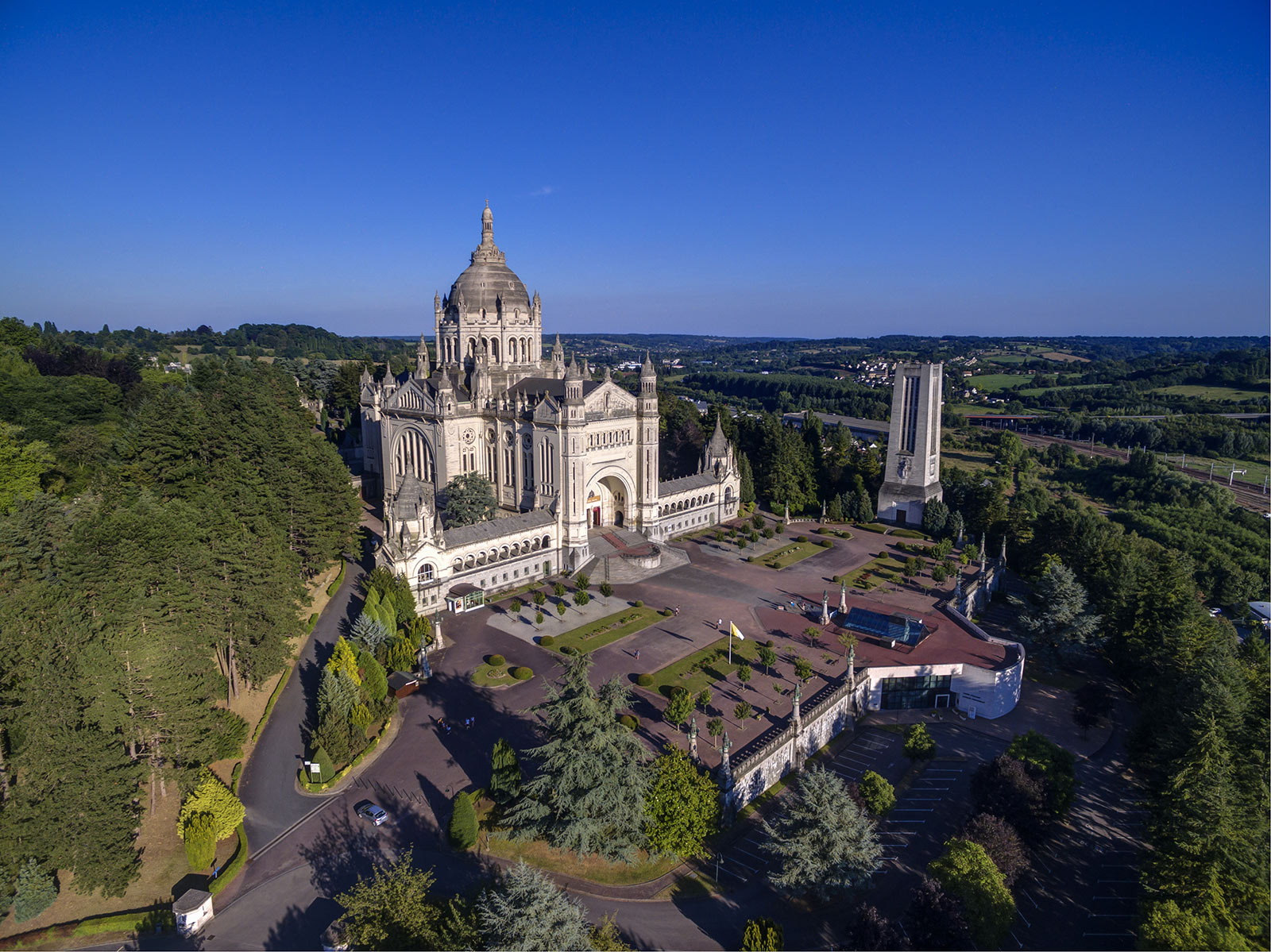