Experienced by Max and Enzo

Flying like a bird… What an exciting afternoon plan for two friends eager to try a new activity together: flying an Aeroplume! They travel to Ecausseville in the Manche area to meet their instructor Antoine for an unforgettable experience in the air!

The two of us embark on an adventure to try something totally unique in the world: the Aeroplume! In the Cotentin, the spot itself is of historical significance: it is located in a former military hangar erected during the First World War to house airships. Today it’s our turn to fly inside, attached to a huge balloon filled with helium and navigate through the air. Incredible, right?

One cannot miss the airship hangar shaping up on the horizon when approaching the town of Ecausseville surrounded by lush countryside and grazing cows. Indeed, it is huge: 150 m long, 31 m high and 40 m wide! It gets even more impressive when standing right in front of it.

Before we enter, we wander through a museum retracing the fascinating history of the building over the past century. A little introduction to this special place in the French aviation history allows us to immerse deeply in the fantasy world awaiting inside the hangar, straight out of the imagination of a man called Jean-Pierre David.

A century of history

At the front door of this cathedral made of concrete, we are greeted by Antoine, the Aeroplume instructor in charge of introducing us to the mysterious flying machine and to this activity exclusively done indoor, sheltered from weather conditions. We feel so small in this immense building initially built by the French Navy during the First World War to house airships designed to fight German submarines. During the Occupation, it was used as a storage warehouse by the German army. After the war, it was converted into a spare parts garage by the Allies. Reclaimed by the “French” in the 1960’s, it served to produce balloons used to conduct nuclear tests.

The legacy of this tumultuous past is all around us, especially noticeable through the many graffities left on the walls by the French, German and American soldiers.

Floating in the air

We are now standing face-to-face with two unique flying objects equipped with wings! The concept is to lie in the harness under the bubble of helium and hold the handles of the wings to move in the air with the strength of the arms. I settle in the harness and Antoine releases the balloon to find the “aerostatic equilibrium”, the point where I get lighter than the atmosphere! Released from gravity, I float in the air within a few seconds, maneuvering my airship forward, backward and up, as per Antoine’s instructions. I am now ready to fly away! I start drifting slowly towards the back of the hangar like a giant bird. What a sensational feeling!

As I look down below, Antoine and my friend Enzo seem so small. He’s just about to take off in another Aeroplume to join me in the air! Little by little, I gain more and more confidence in my aerial navigating skills, still totally overwhelmed by the serene feeling of floating around. As Enzo’s Aeroplume ascends in the air, we reach the same height and fly together while managing the distance between us! We are congratulated by Antoine for successfully completing the first step of our “ Plumonaut” career!

I gradually engage in my descent and my landing is done very smoothly. Once back on the ground, I look up to see my friend flying over as he flaps his wings in the air. Now I’m itching to get back up there…One of my dreams came true today. Flying an Aeroplume is a memory that will last a lifetime!

Nestled in the heart of the Marais du Cotentin et of the Bessin Regional Natural Park, about thirty kilometers from Cherbourg, this town features a unique landmark: a military airship hangar from the First World War, listed as a Historic Monument since 2003. Today this unusual space provides the perfect location to fly Aeroplumes indoors!

Open during Spring/Summer/Autumn school holidays ( in France)
Every day from 10 AM to 6 PM – booking recommended.
Open for groups outside these periods.
Only by booking.

€60 per flight and per person (single rate)

Activity duration: 30 minutes – About 20 minutes of actual flight.
Find out your weight before making the reservation. Limited to 90 kg.

All of the above information is subject to change. 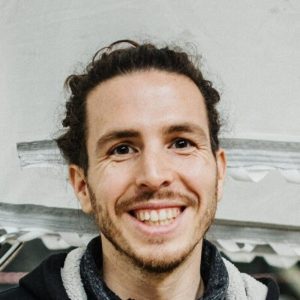 Member of the Aérosculpture Association, Antoine is on hand to guide you through your flight in complete safety so you enjoy the sensations to the most! 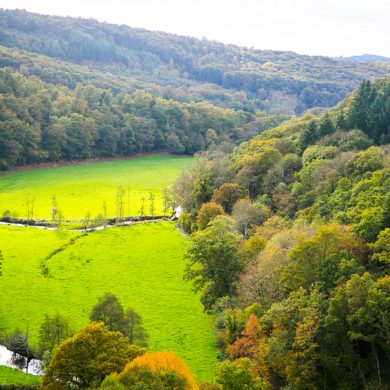 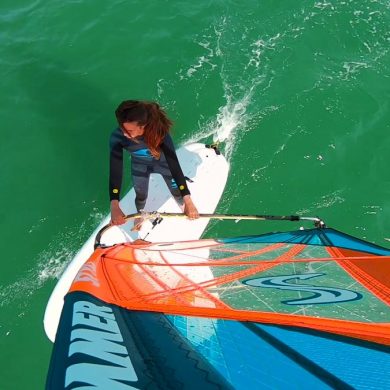 Activities for adrenaline junkies in Normandy