Discover the world of horses throughout the summer at Normandy’s Haras du Pin National Stud. Every Thursday from June until September, this prestigious stud is putting on a magnificent equestrian show starring staff members Violette Douard and Julie Rascle, the ‘ATAO’ performing arts company and, of course, the horses, displaying a variety of skills both traditional and modern. Expect elegance, equestrian skill, acrobatics on horseback as well as impressive performances showing off sheer strength. Whether mounted or not, the horses and their riders show off their skills at dressage, vaulting and jumping over obstacles.

The Haras du Pin National Stud’s superb carriages are normally relegated to the outbuildings for visitors to visit during guided tours, but during performances they can be seen in action in all their glory. Staff members from the stud farm dress up in striking red uniforms and show off their skills driving the carriages, by forming a cortege leading off to the main courtyard (Cour d’Honneur), which forms the backdrop to the show itself. It’s quite an impressive way to be taken back a century or two!

Some of these carriages are listed as historic monuments in their own right and the intricate details on the carriage-work is a testament to the excellence of French craftsmanship.

A place for horses, now and always

The Haras du Pin National Stud was originally built to meet the needs of the royal court at Versailles; the King needed horses fit for transport, for the farm, and for his cavalry. Today, the stud is still very much active in the world of riding, providing professional training in breeding, rearing and riding horses, as well as raising of the profile of the Normandy Percheron breed. A visit to the stud has something for everyone, young and old, horse enthusiast and horse novice alike. By combining a ‘Le Pin Thursday’ afternoon show with a guided tour of the stud, you can discover for yourself a whole new world of horses!

The French Government and health authorities have announced the cancellation of all non-essential gatherings to control the spread of the Covid-19 virus. Events may be cancelled or postponed. Please check these events’ official websites or social media channels before undertaking any travel. 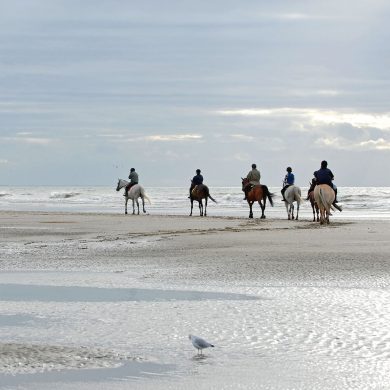 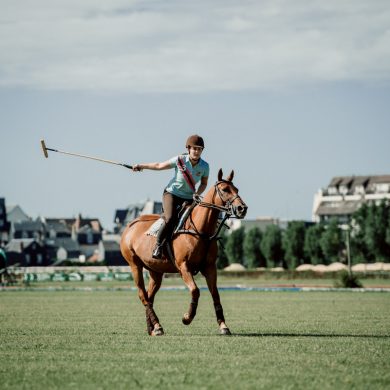 Polo for beginners in Deauville