On D-Day, 14,000 Canadians and 6,400 British troops landed on Juno Beach, taking heavy casualties. At Courseulles-sur-Mer, the Juno Beach Centre is the only museum entirely funded by veterans and their charities, and is devoted to commemorating Canada’s unique contribution.

Young tour guides from Canada are on hand to tell you the story, and the centre is particularly family-friendly. Juno Beach was named after Wing Commander Michael Dawnay’s wife Juno, and her after the goddess mother of Mars, so watch out! The Canadian Juno sector stretches west from Saint Aubin-sur-Mer to Graye-sur-Mer via Courseulles-sur-Mer.

The objective of the 3rd Canadian Division was to join up with the British who were landing either side of them at Sword and Gold, and establish a bridgehead that reached the main railway line and road that run west of Caen. After Omaha, the landings at Juno took the heaviest casualties by sea; there were nearly 1,000 Canadian casualties, 340 of whom were killed, and 243 British casualties. But there was no repeat of Dieppe. By the end of the day, the Canadians were within three miles of Caen, and just short of the RN13 at Villons-les-Buissons, with Réviers, Bény and ‘Bloody Buron’ behind them. Short of the D-Day objective, but further inland than at any other beach, for which Canadians may be justly proud. Bitter battles lay ahead however, as the Germans, bolstered by the SS, put up a stiff defence of Caen for over a month.

IN THE LAND OF THEIR FOREBEARS

These soldiers were playing their part in responding – as volunteers – to Eisenhower’s injunction to fight for ‘the elimination of Nazi tyranny over the oppressed peoples of Europe.’ But for some there was an added dimension, the curious fact that they descended from the Normans who had settled in the New World in the 17th century. ‘Je me souviens’ (I remember) is the motto of Quebec, and indeed such men had not forgotten. For example, 20% of the soldiers of the North Shore Regiment which liberated Saint Aubin-sur-Mer were Acadian, born in New Brunswick. Even their accents were a bit like the Normans’!

Things to see and do in the CANADIAN Juno sECTOR 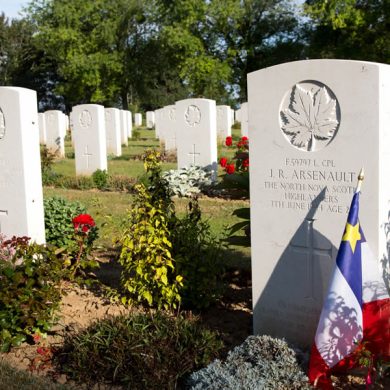 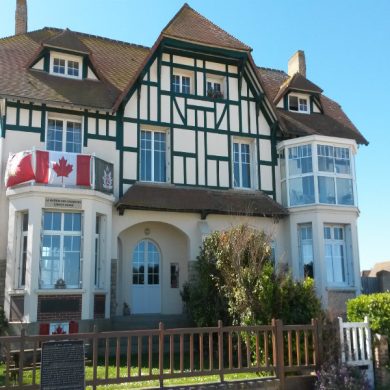 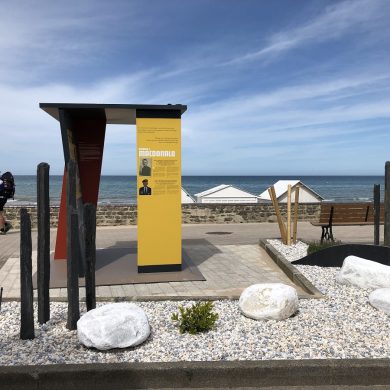 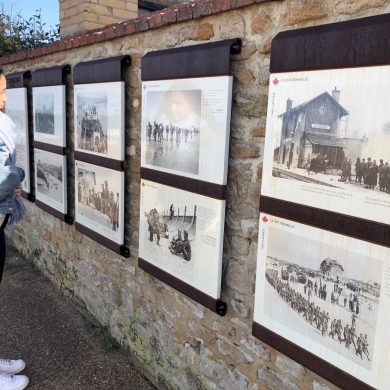 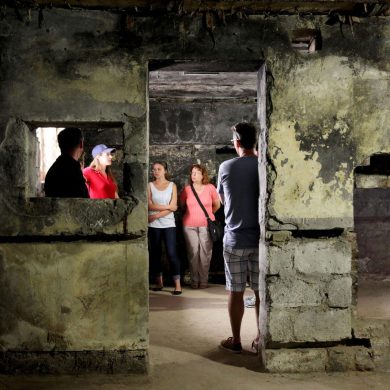