Let the train take the strain! All aboard for a day trip – it’s the easiest and cheapest way to get to the Mont-Saint-Michel. Or why not stay a little longer so you can venture further afield? A UNESCO World Heritage Site since 1979, the Mont-Saint-Michel is the crowning jewel in the setting of its magnificent Bay.

The Mont-Saint-Michel is accessible by train all year round via two lines. Leave Paris from Montparnasse station onboard the train to Mont-Saint-Michel train and get off at Pontorson: special offer from mid-June to mid-October – see below.

From October to June, get off Villedieu-les-Poêles , where a luxury coach with Wi-Fi, TV, toilets, magazine and reading material are to hand as you are whisked off to the mount. This gives you the time in your ‘day return’ deal to walk around the Mont-Saint-Michel. Chances are you’ll want to stay on a bit longer as there’s just so much to enjoy on and around the mount! Whether friends, lovers, with or without children or grandchildren, let the train take the strain on your trip to the Mont-Saint-Michel.

From Paris-Monparnasse train station, you can also travel to Rennes (in Brittany) and then take a bus (from Rennes bus station) to the Mont-Saint-Michel. For more information and to download the bus schedule, go to www.keolis-armor.com, page «Going to Mont Saint-Michel».

the MONT-SAINT-MICHEL AND its BAY

You have to admit that this particular corner of Normandy is superb, with so many things to see and discover, and the crowning glory is the medieval masterpiece of the Abbey of Mont-Saint-Michel. We recommend that you book one of the professional guides at the Abbey to bring the buildings and their history to life, often in a humourous way!

All along the coast are typical little stone villages in the style of the Manche département. If staying in a town life is more to your taste, Granville, the ‘Monaco of the North’ will not disappoint, and in the summer, the festival season comes to town! Visit Christian Dior’s family home which houses a museum in his memory. The garden affords a wonderful view of the sea, the horizon defined by the distant Chausey Islands.

Booking information available in the station, at vending machines, by phone on 3635 (normally €0.40/minute but check), in SNCF-licensed travel agents licensed by the SNCF and at
oui.sncf 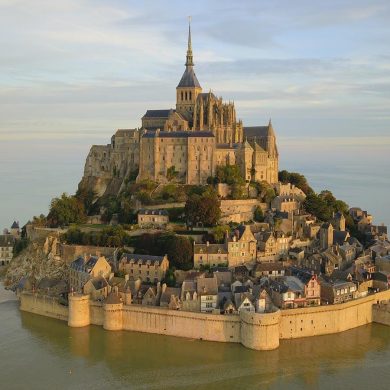 A fabulous weekend on the Mont-Saint-Michel 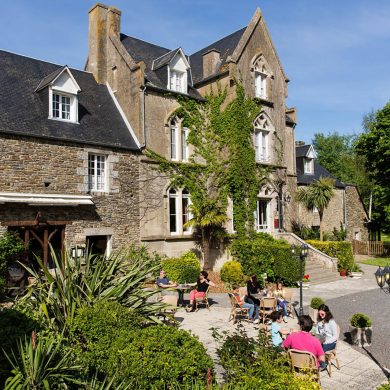