Just a few miles from the Ecouves Forest and the source of the Orne river, the cathedral city of Sées harbours many religious treasures of art and architecture dating from many periods.

A SORELY TRIED CITY, BUT SAVED!

The former Roman fort known as Sagium became a cathedral city in the fourth century. The Abbey of Saint-Martin was founded here by Saint-Evroult in the fifth century and the episcopal city flourished until the repeated Viking raids nearly expunged the entire community. The present cathedral dates back to the 12th century. More destruction and mayhem followed with the Wars of Religion and the French Revolution, but with the Restoration, King Louis Philippe had a new huge sybaritic Bishop’s Palace built here and its fortunes recovered somewhat. Sées escaped the vast destruction of the Battle of Normandy, when it was used as a military hospital centre and so retains all its quaint alleyways and narrow lanes that gather around the foot of the cathedral and in the old parts of town, full of old town houses and grander mansions known as hôtels.

Sées Cathedral: Rebuilt many times, the cathedral still watches over the city, and its majestic 70m spires can be seen from miles around. The chancel of this cathedral is a true masterpiece of the Norman Gothic style.

Basilica of the Immaculate Conception: Built in 1854 in the Neo-Gothic style, this basilica boasts fascinating interior details in the same style, and is bathed in a truly unique light.

Tour d’Argentan: This tower is all that’s left of the old fortifications around Sées.

The Fountain Court: This iprotected historic monument houses the School of Dressage and an 18th-century washhouse.

Les Halles: Formerly used to store grain, this 19th-century building is a rare example of rotunda architecture in Normandy.

Abbey of Saint-Martin: This abbey was founded in the fourth century and rebuilt in the 10th, 12th and 18th centuries.

The Argentré Palace: Listed as a historic building in 1908, this was the old Bishop’s Palace, and one of the finest examples of neo-classical architecture in Normandy.

The départemental Museum of Religious Art: Set up in a former canonry, this museum and displays a rich collection of liturgical ornaments, goldsmith work, cabinets, sculptures and paintings. 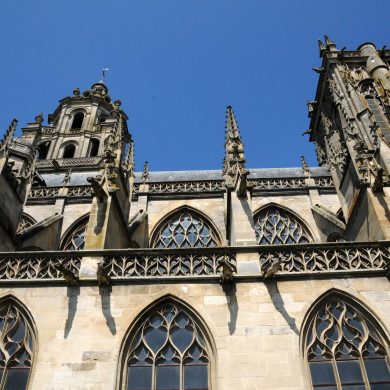 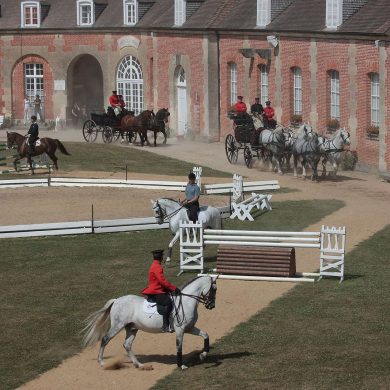