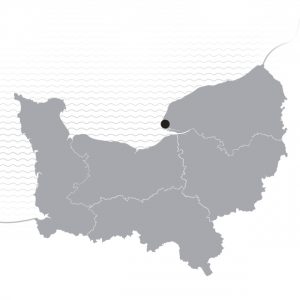 Situated at the mouth of the River Seine, the UNESCO-listed city of Le Havre combines concrete grandeur with seaside cool, boasting lively bars and restaurants and a thriving arts scene.

A volcano in the heart of the city: This vast edifice, nicknamed the ‘Volcano’ in French, is Le Havre’s arts centre and theatre, designed by renowned Brazilian architect Oscar Niemeyer, and built in 1982. The architecture is a white veil of concrete, bringing curves into the angular city designed by Perret.

St Joseph’s Church: Designed by Auguste Perret, the construction of this church began in 1951 and was completed after his death by his working group in 1957. Its 107m-high tower, containing 12,768 panes of coloured glass, is a spiritual beacon and the landmark of the city. Dedicated to the memory of the victims of the bombings, the Church of Saint Joseph is symbolic of this reconstruction period in Europe, and stands out as one of the architectural masterpieces of the 20th century.

Perret Show Flat: This show flat is designed to help visitors understand how Perret and his working group rehoused the inhabitants of Le Havre after 80% of the city was destroyed during World War II. This fully-furnished flat provides an insight into what post-war modernity looked like, and the architectural innovation that led to Perret’s city becoming a World Heritage Site.

André Malraux Museum of Modern Art (MuMa): This modern building, a wonderful light box of glass, contains a fabulous collection of Impressionist works, the largest in France outside Paris. While contemplating seaside works by the greatest names in French 19th and early 20th century art, watch all manner of real boats and ships slipping past, going in and out of the Seine estuary just beyond the building.

Hanging Gardens: Le Havre is one of the greenest cities in France, with 96 parks, gardens and squares covering almost 2,000 acres. Opened to the public in 2008, the city’s Hanging Gardens are built on an old 19th century Napoleonic fort overlooking the Seine estuary, and boast panoramic views of the sea and port. Explore the four bastions of the fortress, discovering rare plants found by botanist explorers, before moving on to the greenhouses, full of richly scented plants and species from all over the world.

Impressionist Trail: There are nine panels to be found around Le Havre and neighbouring Sainte-Adresse displaying famous Impressionist works which were painted in that exact spot. The trail starts at the Bassin du Commerce in Le Havre and continues up to the beach at Sainte-Adresse. A guide to the trail is available from the Le Havre Tourist Office.

Catène de Containers: Built in 2017 ahead of Le Havre’s 500th anniversary celebrations, this art installation by Vincent Ganivet of brightly coloured shipping containers stacked in two arches has rapidly become a much loved and photographed landmark in the city.

Maison de l‘Armateur: Many a ship owner has lived in this house, which was designed and built in the wealthy Saint-François neighbourhood in the late 18th century. The façade is based on the style of Louis XVI, with exotic wood parquet flooring and stone geometric flooring. What makes the building truly unique is how its five floors are all arranged around a central octagonal shaft with a large skylight at the top. A listed French Historic Monument since 1950, the house was bought by the city of Le Havre in 1954 and made into a museum.

Les Bains des Docks: Among the many exciting architectural projects to take place in Le Havre in recent years is this state-of-the-art aquatic centre comprising a pool, spa and gym, designed by award-winning architect firm Ateliers Jean Nouvel as part of an effort by Le Havre to revitalise its docklands.

Notre-Dame Cathedral: This church is one of the very few buildings in the city centre to have survived the devastation of World War II. Damaged by the bombings, the impact of war can still be seen on the bell tower. Perret gave the church prominence in the 1950s by building a square around it, which draws attention to how the building sits at pre-war ground level, which is lower than the rest of the street. Notre Dame was granted cathedral status in 1974.

Marina and beach: Le Havre’s marina has 1,150 berths, and many famous races and international sailing events set sail from here. Its 2km shingle beach with promenade and cycling lane is a mere 500m away from the city centre. Visitors can try their hand at fishing, snorkelling and rowing, and there is also a big wheel, large skate park and a wide range of bars and restaurants situated right on the beach, which serve tasty local cuisine.

Places to visit in Le Havre 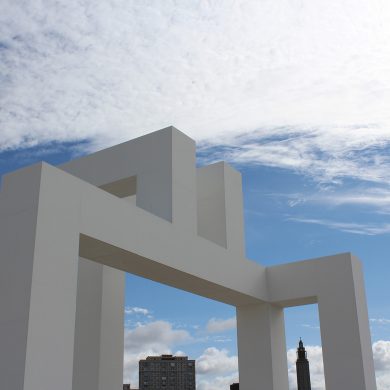 A Summer in Le Havre