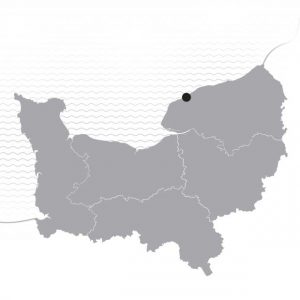 Framed by the impressive white cliffs of the Alabaster Coast, this historic seaside town was home to the Dukes of Normandy until 1204. A fishing port, seaside resort, artistic and religious pilgrimage site, and home to the famous Benedictine liqueur, Fécamp oozes authenticity and a way of life connected to the sea.

Surrounded by the tallest cliffs in Normandy, reaching over 300ft in height, Fécamp stands in a dramatic location along the Alabaster Coast. The setting attracted attention early. In the Dark Ages, a significant Benedictine abbey was established here. When it claimed to have miraculously acquired a phial of Christ’s blood, pilgrims flocked to its abbey church. Several Dukes of Normandy lavished money on Fécamp Abbey; in fact, two of them were buried in the abbey church.

former home to the dukes of Normandy

Fécamp was one of the earliest coastal bases for the dukes of Normandy, becoming a favoured residence, with a grand castle. In 1035, Duke Robert I declared, to the surprise of his noble followers, that he was heading off on a pilgrimage to the Holy Land. He got his lords to swear that his seven-year-old illegitimate son, William, would succeed him should he die. He did die on his travels, so the boy found himself thrust into power. After surviving and winning terrible power struggles, William would return to Fécamp at Easter 1067 for a grand Norman celebration of his elevation to the throne of England, which he believed had occurred by divine providence.

Over the centuries, the port of Fécamp developed to become France’s number one cod fishing port. The fishermen of Fécamp fished cod on expeditions heading off to Terre Neuve Grand Banks waters (Newfoundland, Canada) and fishing was the mainstay of the Fécamp community. The port today caters as much to yachts as to fishing boats. Fécamp remains proud of its fishing traditions and visitors can admire the fishermen’s houses along the harbour and dedicated clifftop chapel.

Palais Bénédictine (Benedictine Palace): This truly palatial building makes a grand impression in central Fécamp, built in neo-Gothic and neo-Renaissance styles for Alexandre Le Grand, the entrepreneur who developed the alcoholic herbal drink, Benedictine. Alexandre Le Grand, rediscovered the herbal liqueur recipe left by a Venetian monk who had served at Fécamp Abbey in the 16th century. Claiming medicinal properties for his tipple, he turned it into a bestseller. He was also passionate about art and left extraordinary collections for visitors. The liqueur has been produced in this exceptional site, and exported all over the world, for over a century. A visit to the Palais Bénédictine is split into three parts – the distillery in which the famous liquor is prepared, a unique collection of religious works mainly from the 15th and 16th centuries, displayed just as they were at the end of the 19th century, and a contemporary art gallery.

ALEXANDRE LE GRAND, A WINE MERCHANT AND ART COLLECTOR IN FÉCAMP, discovers a secret recipe book DATING FROM BEFORE THE REVOLUTION…

Pêcheries Museum: This new landmark museum explores the long history of fishing in the port of Fécamp and in Normandy, along with exhibits from local traditions and history. It also boasts a glass rooftop, enabling visitors to enjoy panoramic views of the town and the sea.

Abbey Church of Sainte-Trinité: this huge medieval abbey church, longer than Notre-Dame Cathedral in Paris, has Romanesque origins but was mainly built in the early Gothic period. The edifice contains numerous gems, including the chapel of the Virgin and its 14th-century stained glass, the remains of the 15th century rood screen, 16th-century Italian-style balustrades and a bold baldaquin in gilded wood from the 18th century. Two Norman dukes, Richard I and Richard II, were buried here.

Stroll along the dike, at the entrance of the port: Enjoy the sea breeze along the dike promenade that leads to the lighthouse. You’ll probably come across friendly anglers along the way and discuss the catch of the day !

Ducal Palace: Opposite the abbey church, the remains of the castle here recall the Dukes of Normandy’s attachment to Fécamp.

Plan your trip to Fécamp

Places to visit in Fécamp 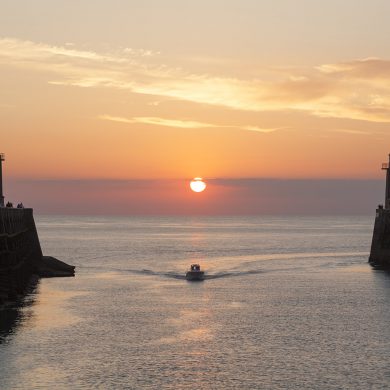 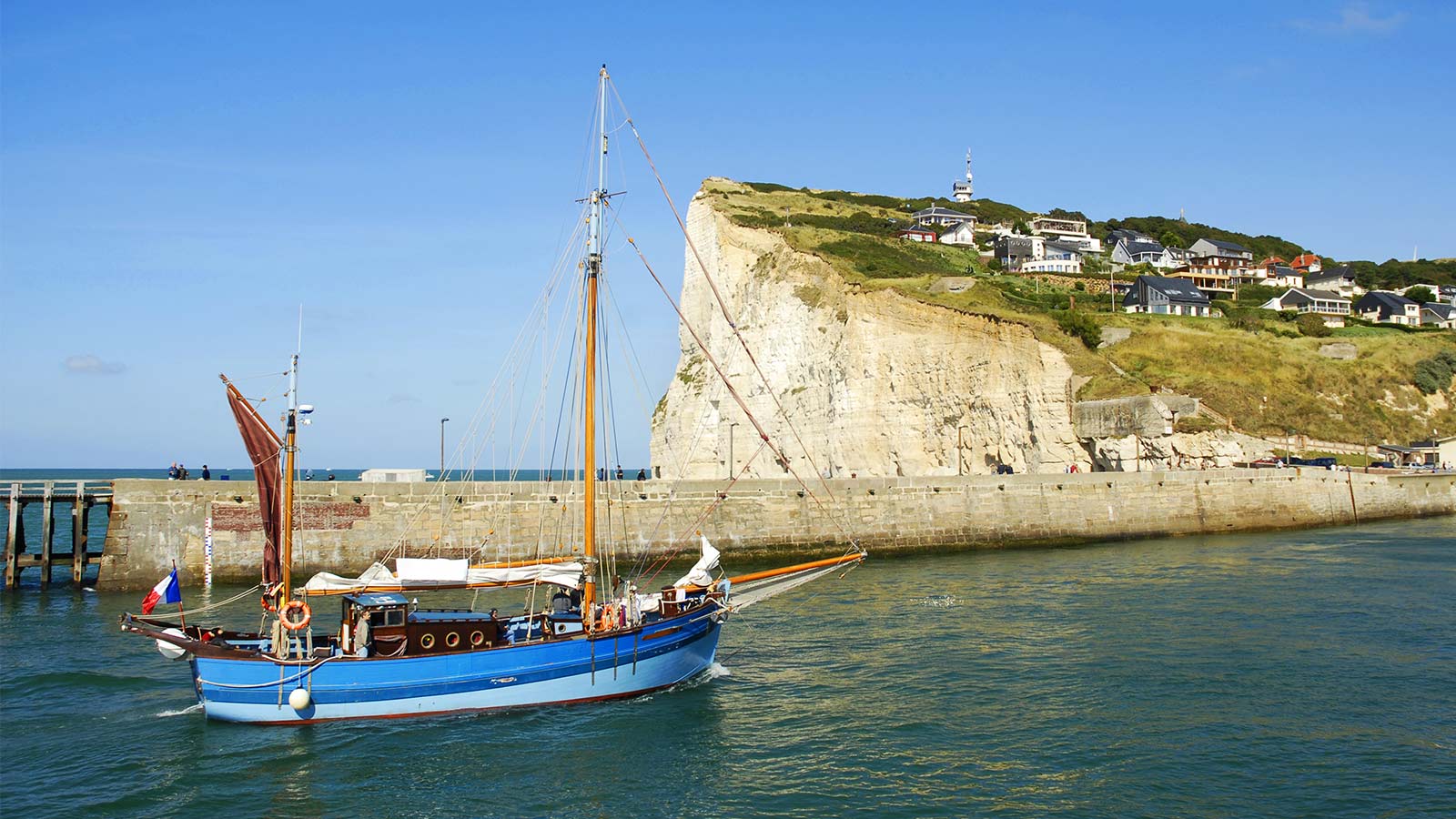 Self-Catering Cottages and Apartments in Fécamp 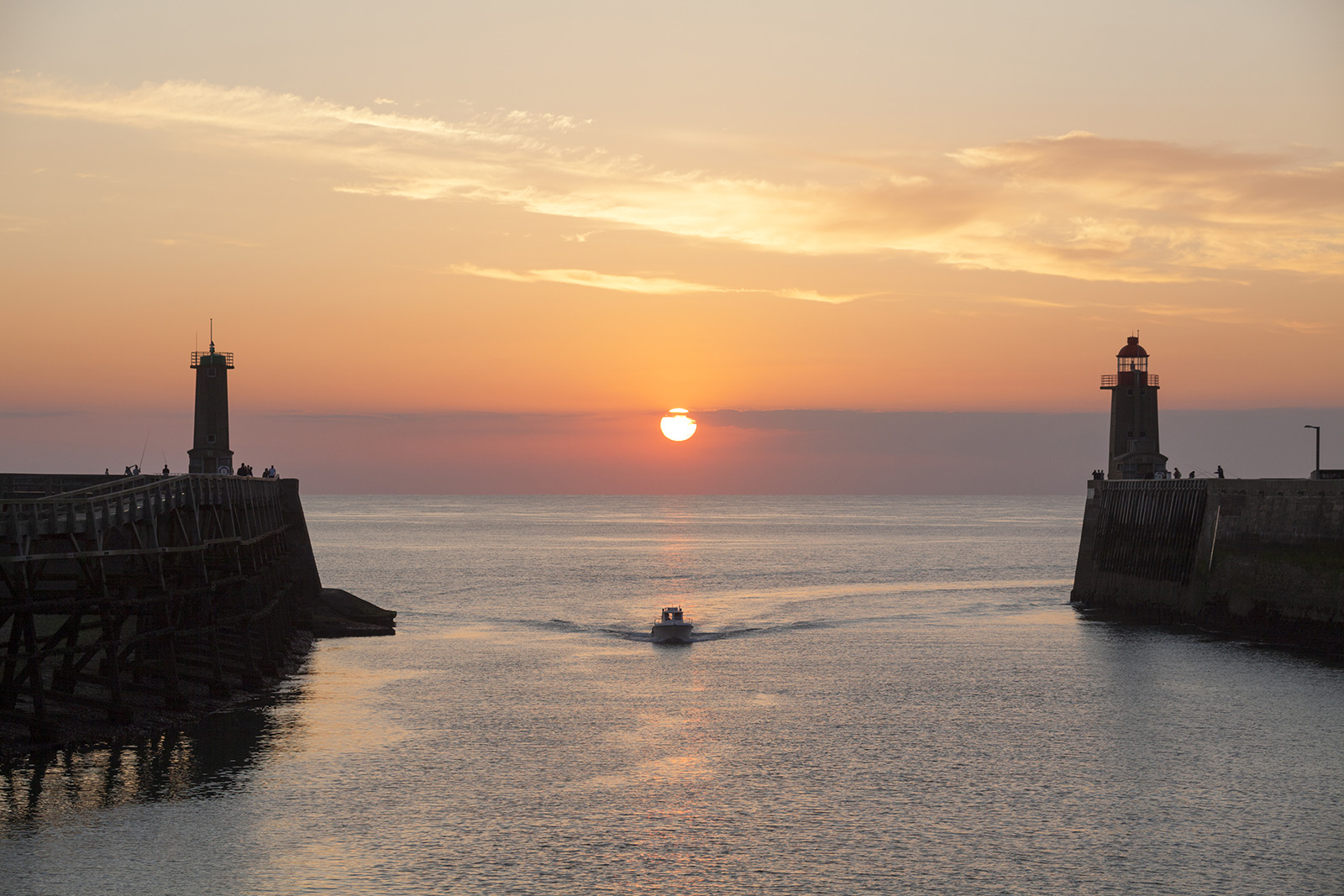 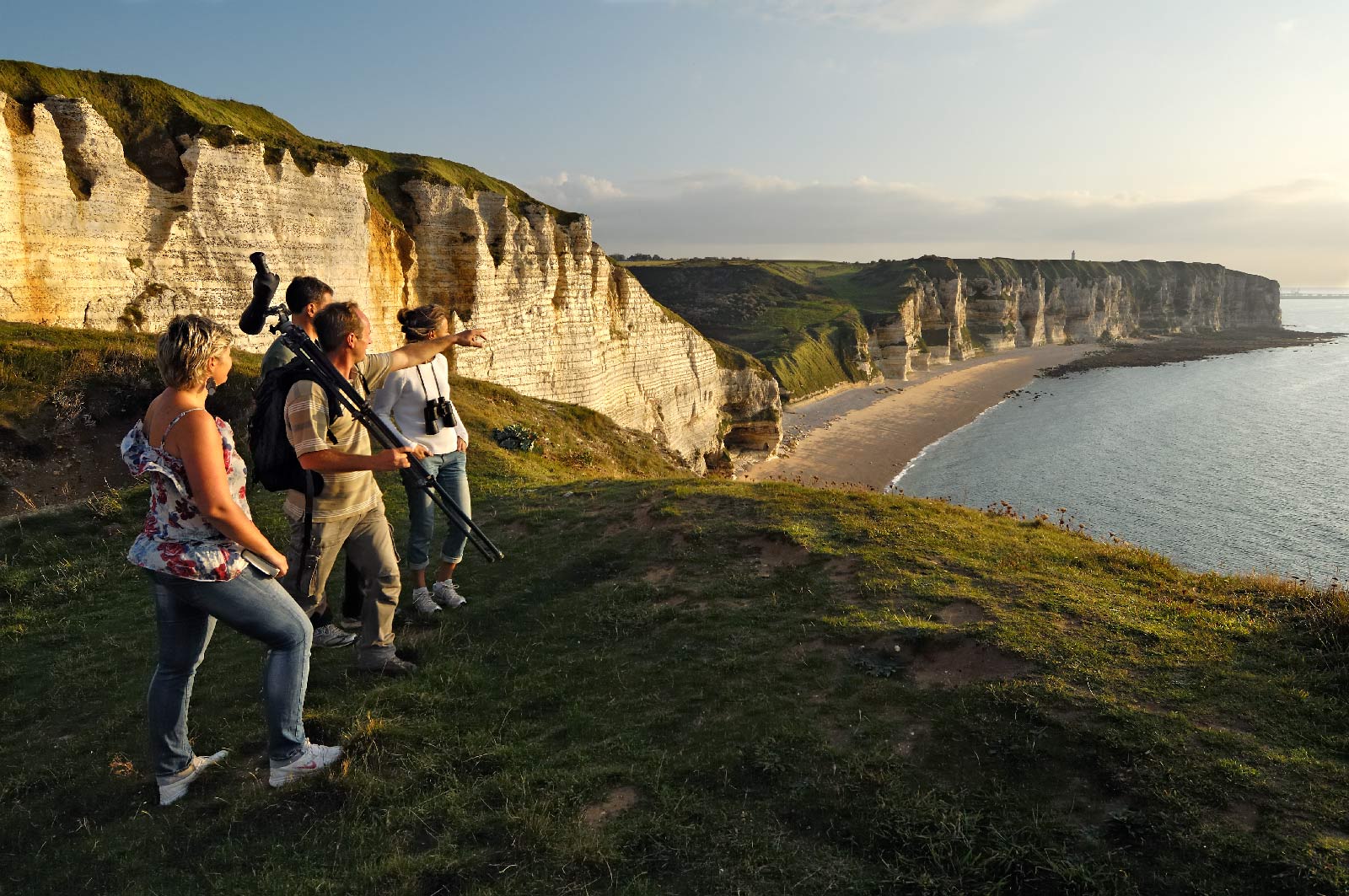 Sports and leisure activities in Fécamp

Places to visit in Fécamp