Two thirds of the seaborne troops from the United States on D-Day were launched against a four-mile long beach overlooked by steep bluffs and blocked off at either end by limestone cliffs, the place they call ‘Bloody Omaha.’

The 29th Infantry Division and the 1st Infantry Division would be badly mauled in their assault; mined obstacles on the beach and mines in the bluffs, a shingle bank or sea wall to overcome, barbed wire, and concrete fortifications beyond.  At its western end, the first wave was all but wiped out, and succeeding waves piled up on the sea wall, paralysed for a time. The courage of the men and the sheer scale and weight of the attack would lead to the Germans giving way and, by midday, the Engineers reported the beach quiet.

The western end of the Omaha sector consists of 30m-high cliffs which were attacked directly by some men of 2nd Ranger Battalion using rocket fired grappling irons. Their mission, to ‘jump’ the German artillery position there and silence it. In 22 minutes 180 of the 225 at the Pointe du Hoc had hauled themselves to the top. All was devastation, a wilderness of human destruction by air and by sea – and the guns gone. The 155mm artillery pieces in open turntables had been withdrawn earlier for safe keeping a kilometre inland. However, by 830, two of the Rangers had discovered them unattended and put them out of action – ‘mission accomplished’ – but a two-day battle followed.

Things to see and do in the American omaha sector 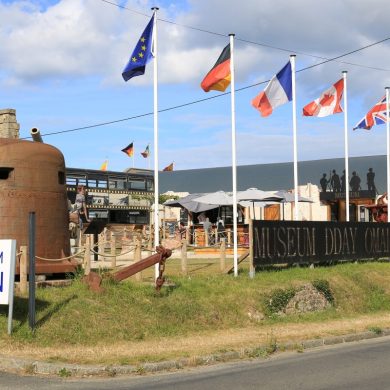 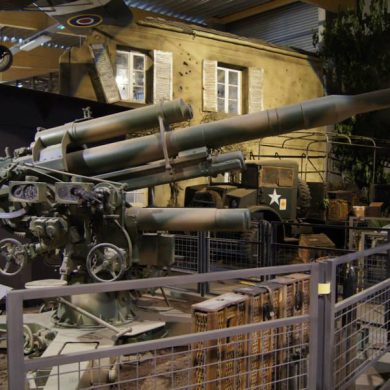 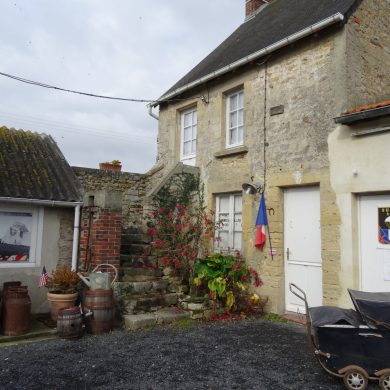 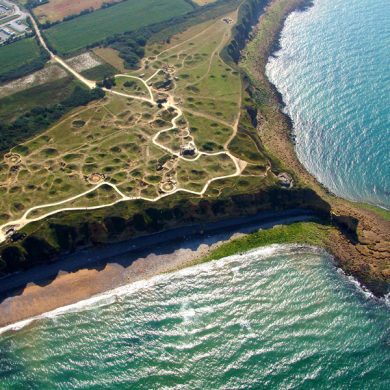 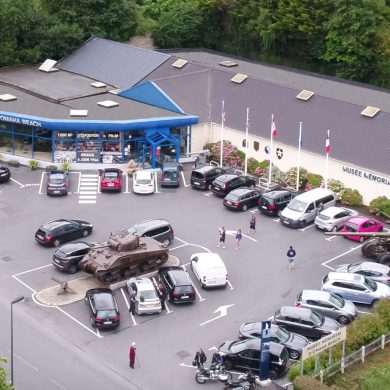